I was supposed to make this thursday, but ended up going for drinks instead. Company's coming over so I'm banging this out today for the dessert. 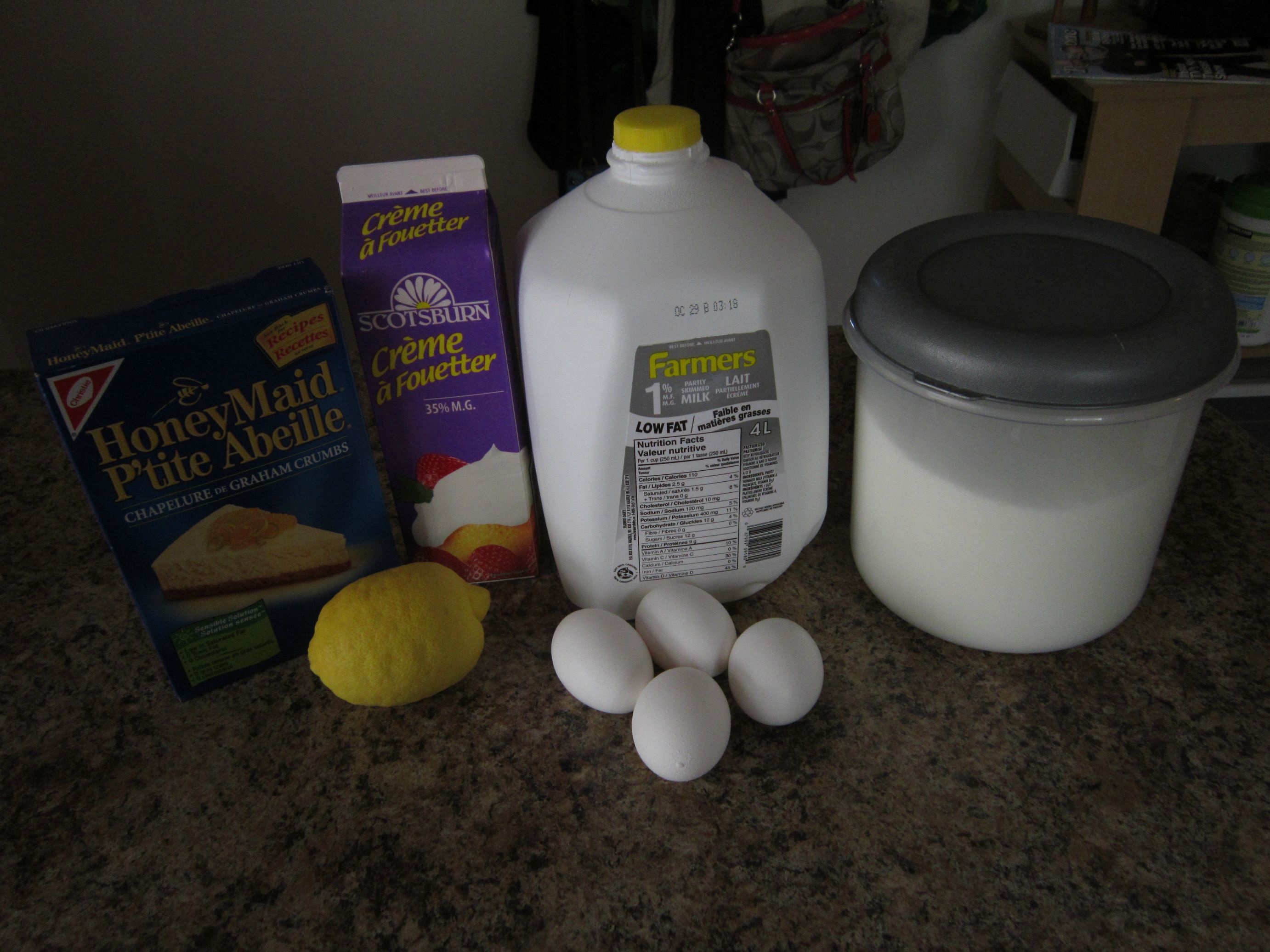 Step #1 - put parchment paper on a couple of baking sheets, and set your oven to 350F. 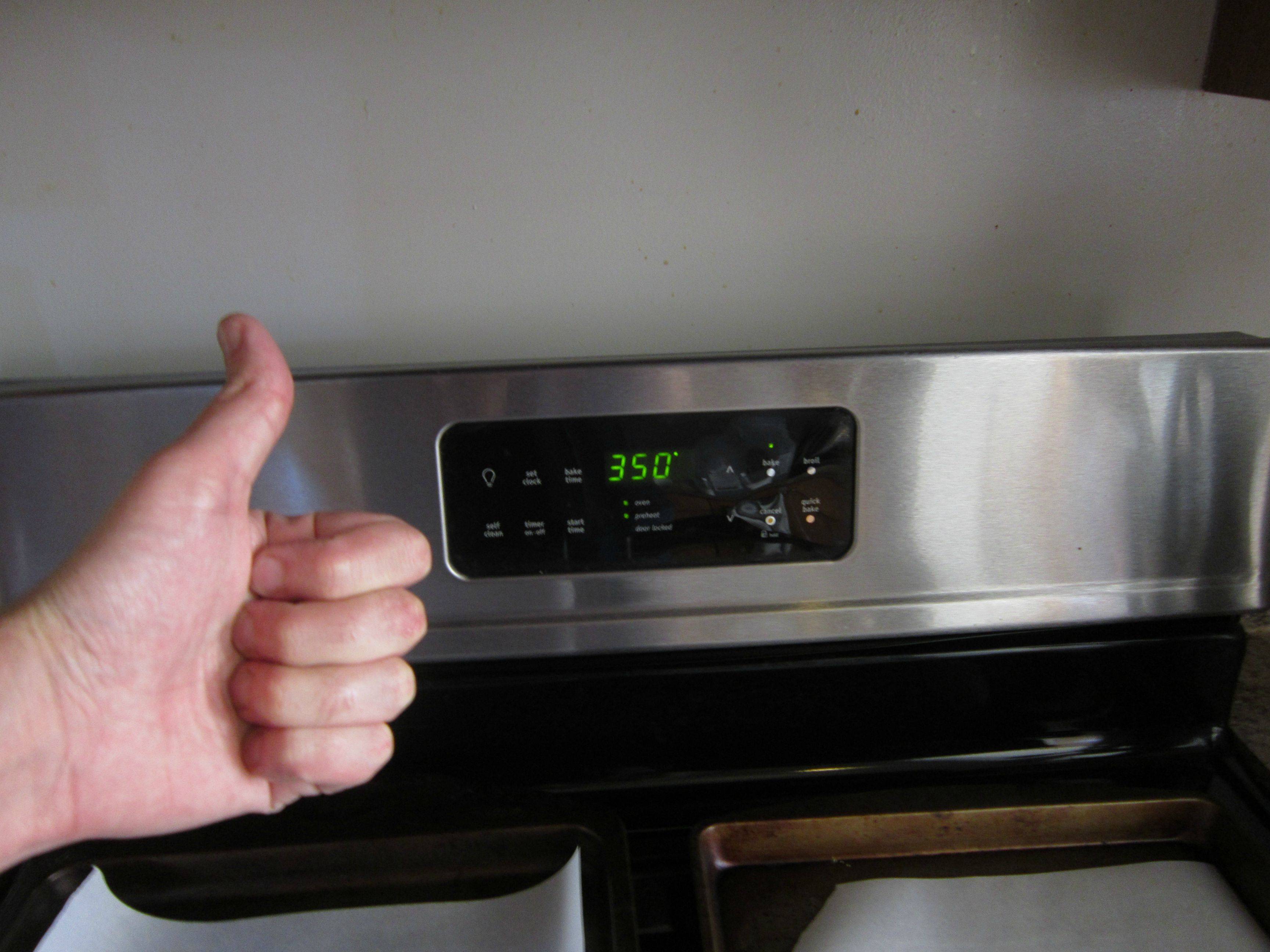 Step #2 - Make a graham crust. Melt 1/4c of butter in the microwave in a bowl, dump in 1c of graham crumbs and mix: 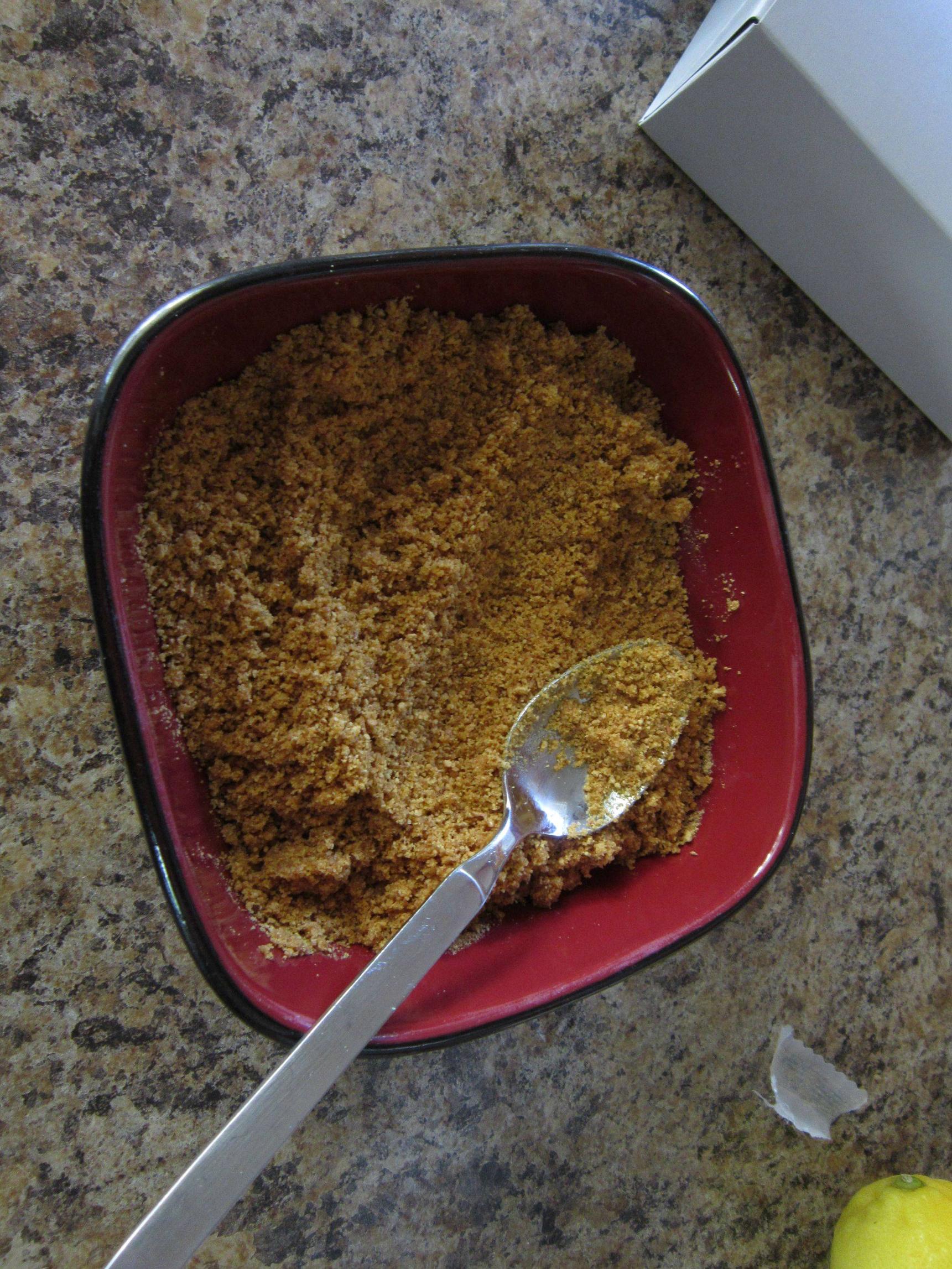 Step #3 - Make like an autobot and roll that shit out. Throw in the oven, you'll bake it for about 10 minutes. 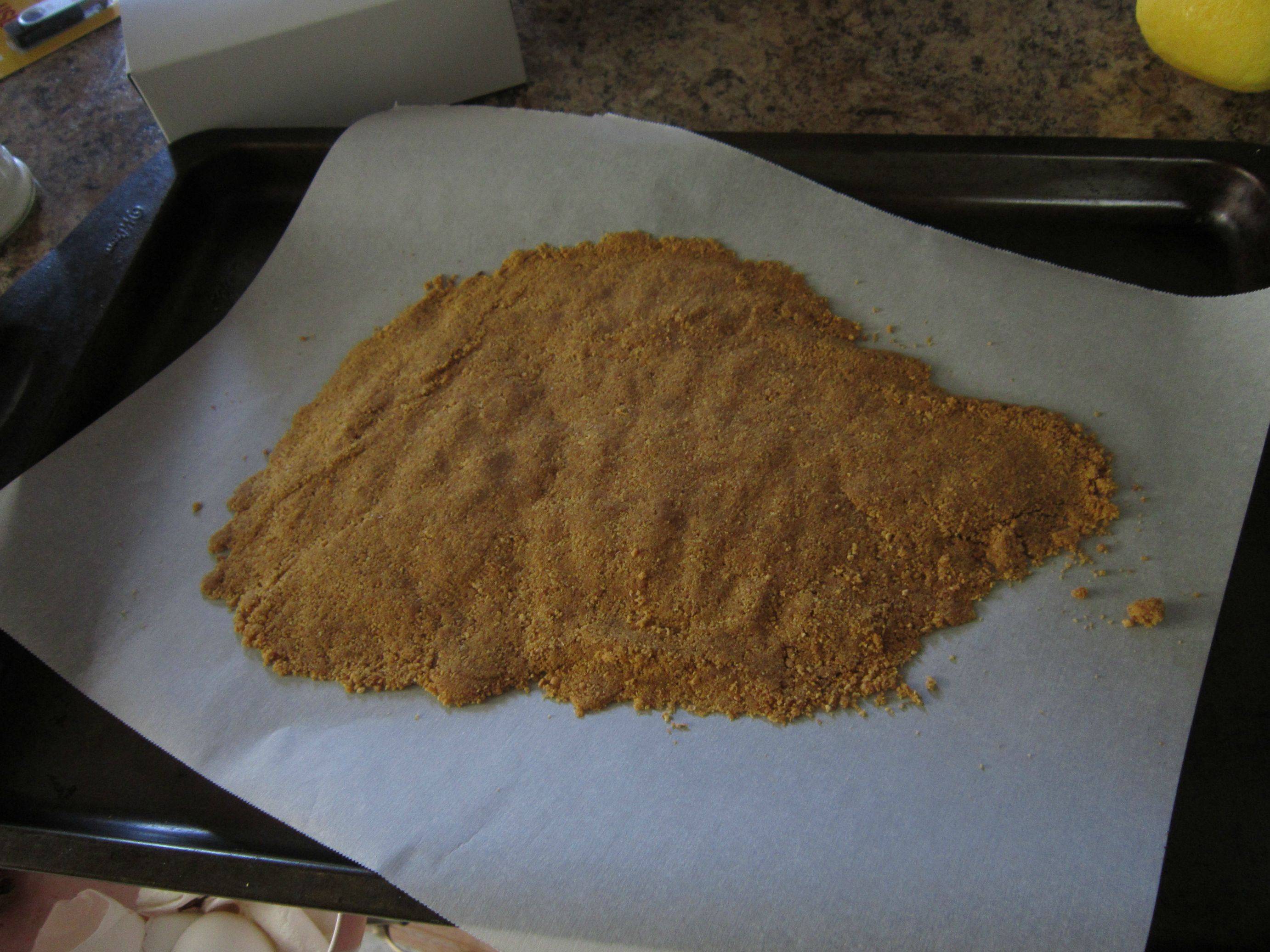 Step #4 - separate your eggs. You'll need 4 yolks and 2 whites, save the last two whites for breakfast or something. 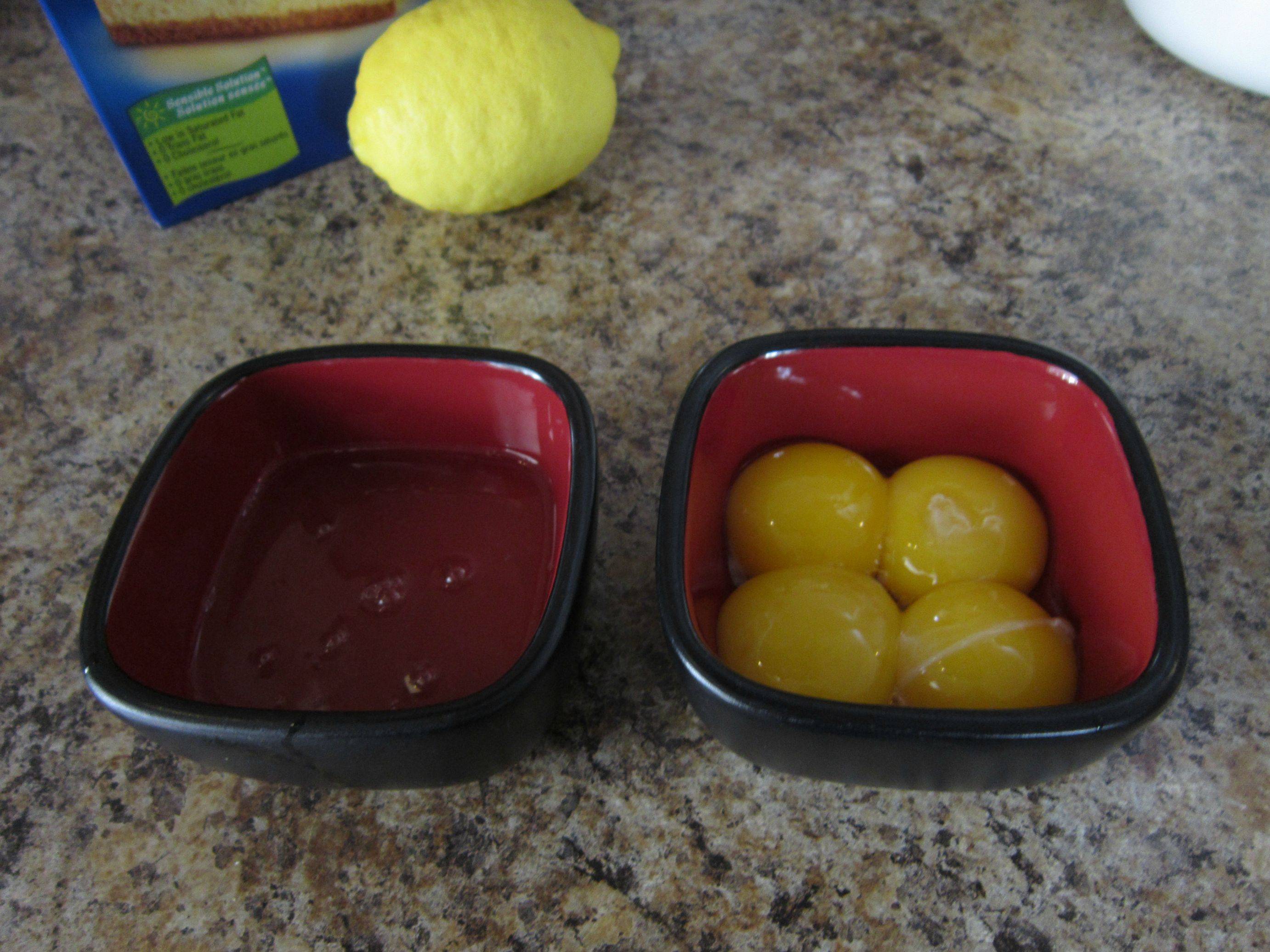 Step #5 - Make a meringue. Take the egg whites, add 2 egg yolks and take them for a spin in the kitchenaid with the whisk attachment. Handheld mixer works if you don't have a kitchenaid. 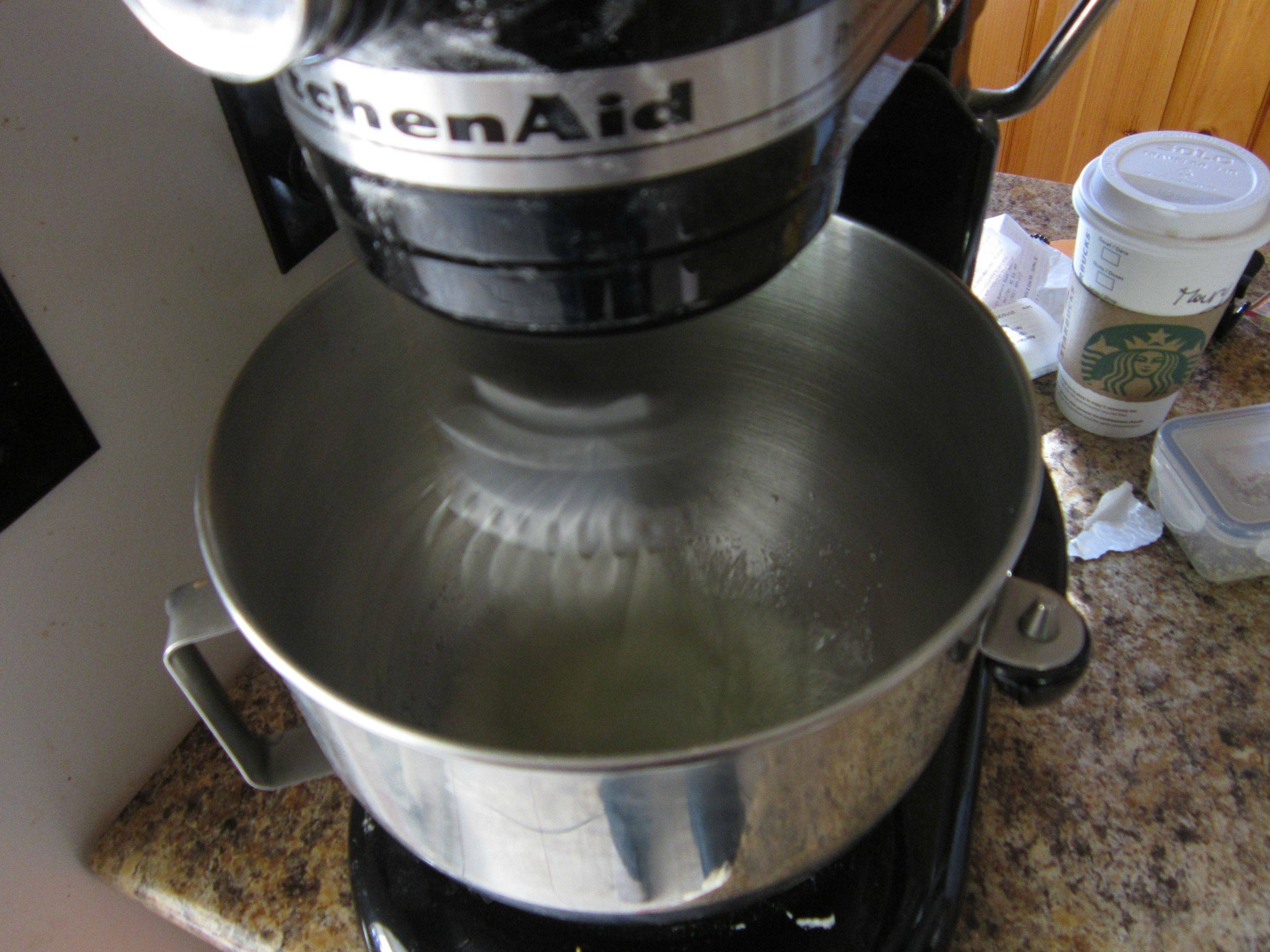 Step #6 - When you've got a nice white meringue with peaks that look like this, you're done: 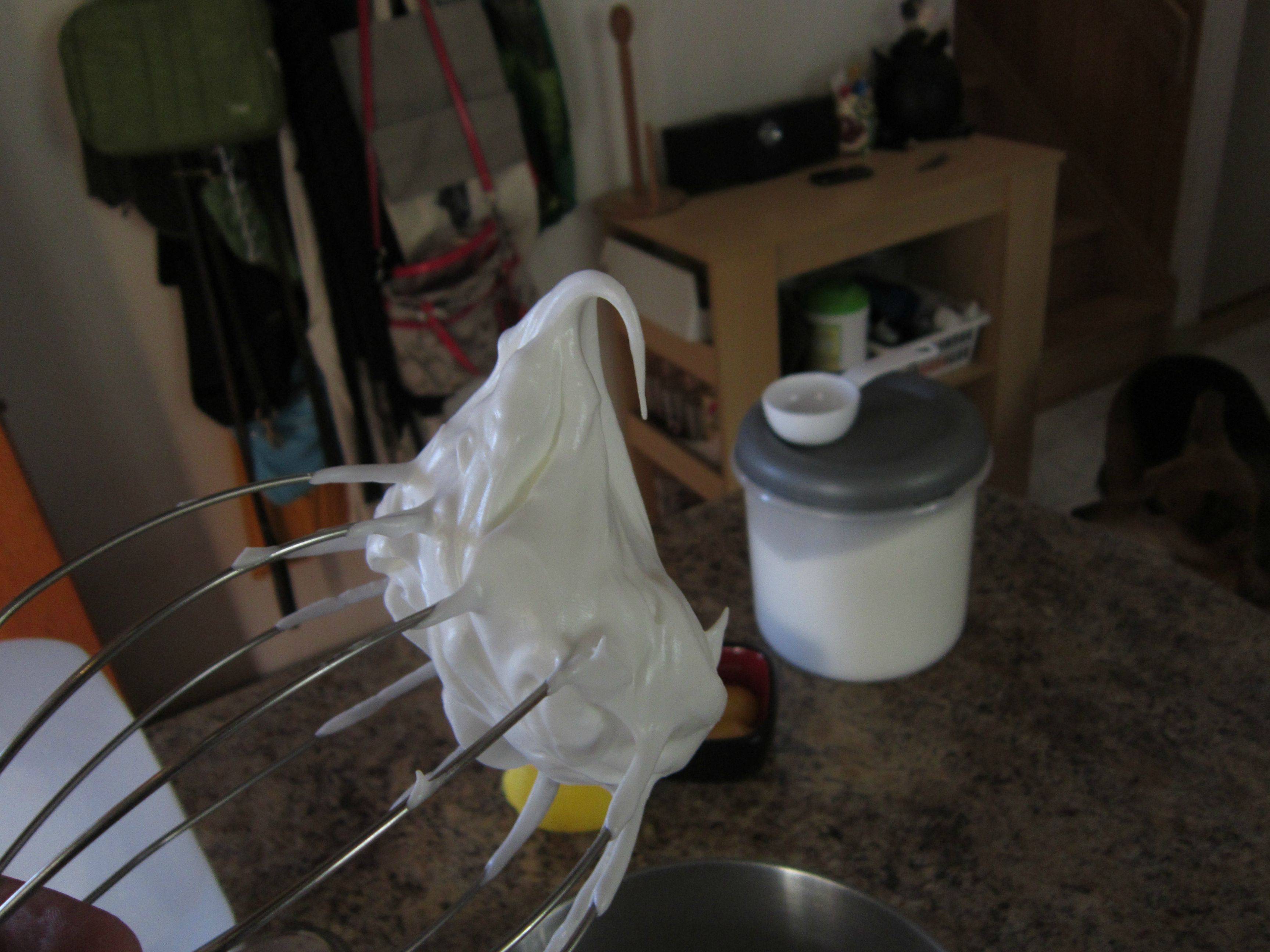 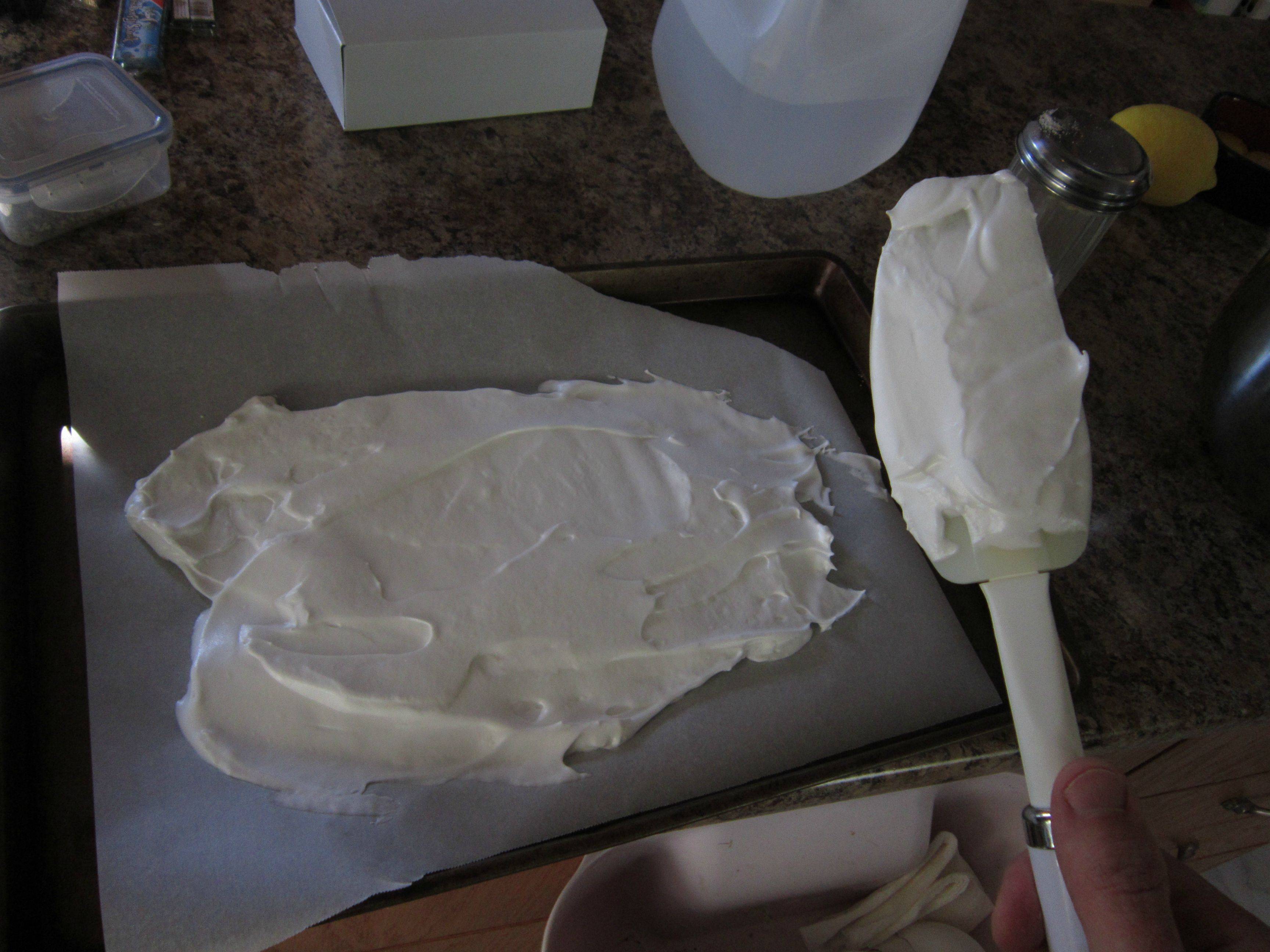 Step #8 - Crust is done! You don't need all of the crust, so I just cook it until the edges are a bit burnt. Set it aside to cool. 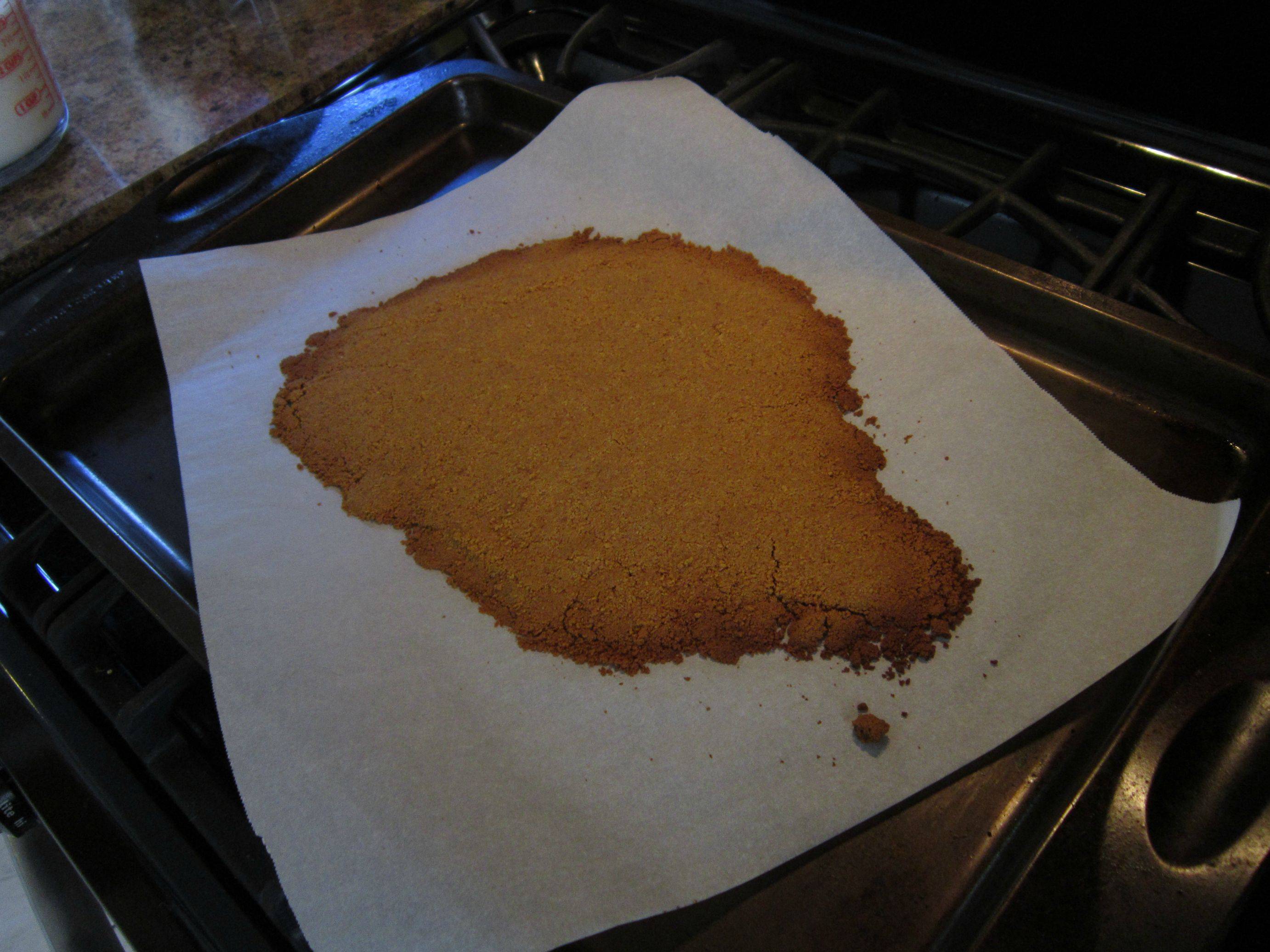 Step #9 - Time to zest your lemon. I use one of these Microplane things which are endlessly useful to have, but you can use the small holes on a cheese grater if you're careful with it. Make sure you only get the zest, and none of the white stuff. 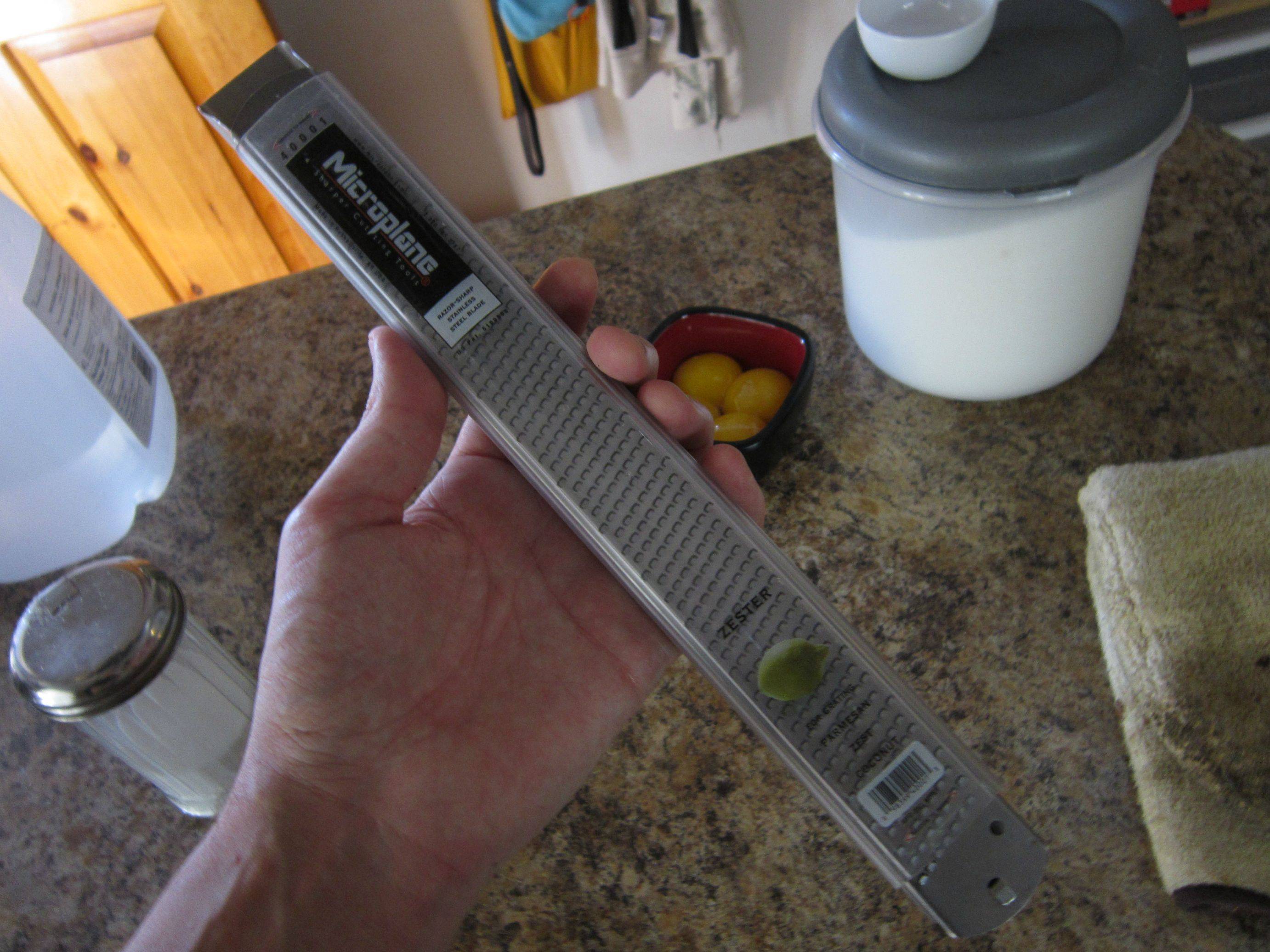 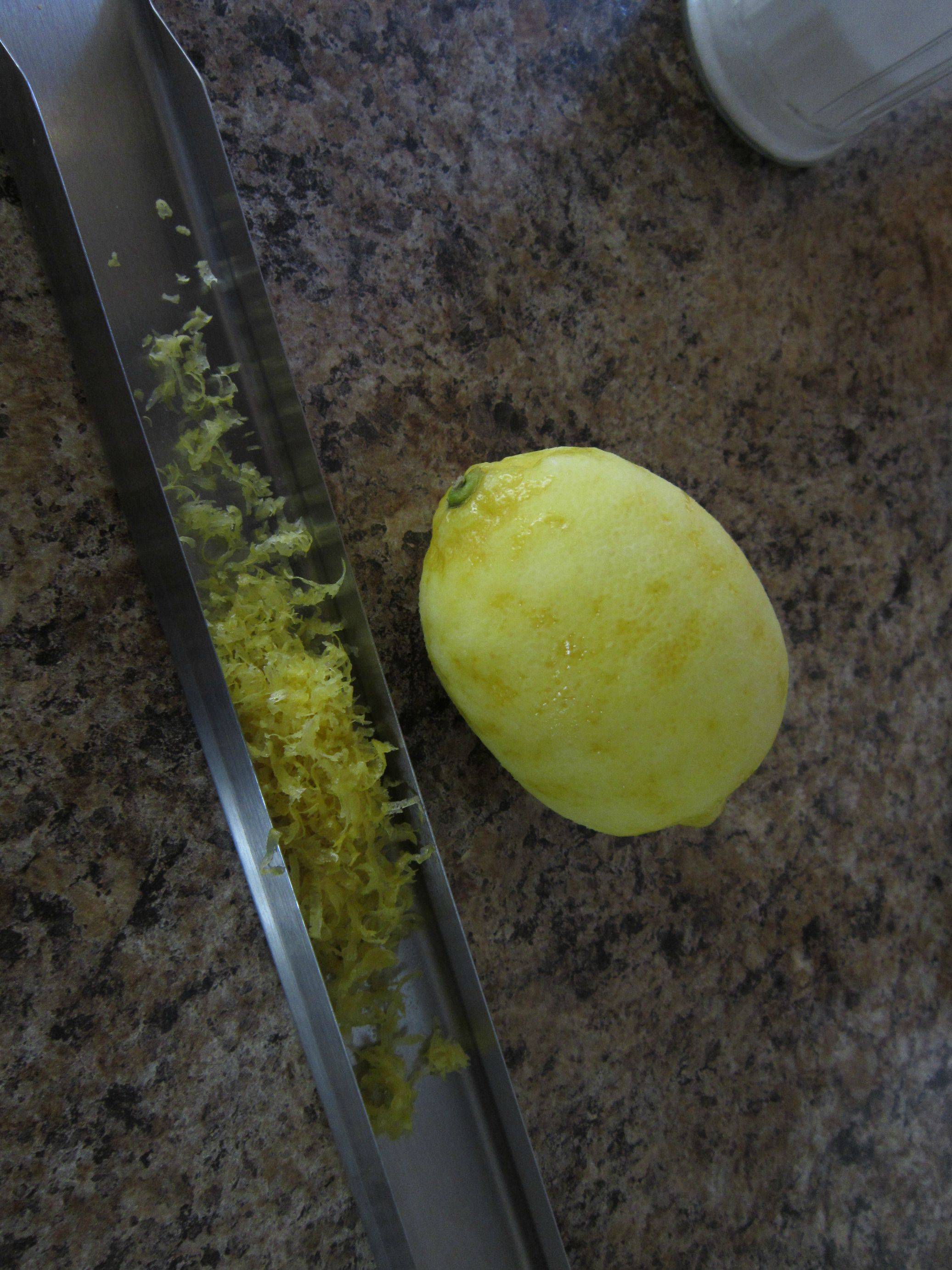 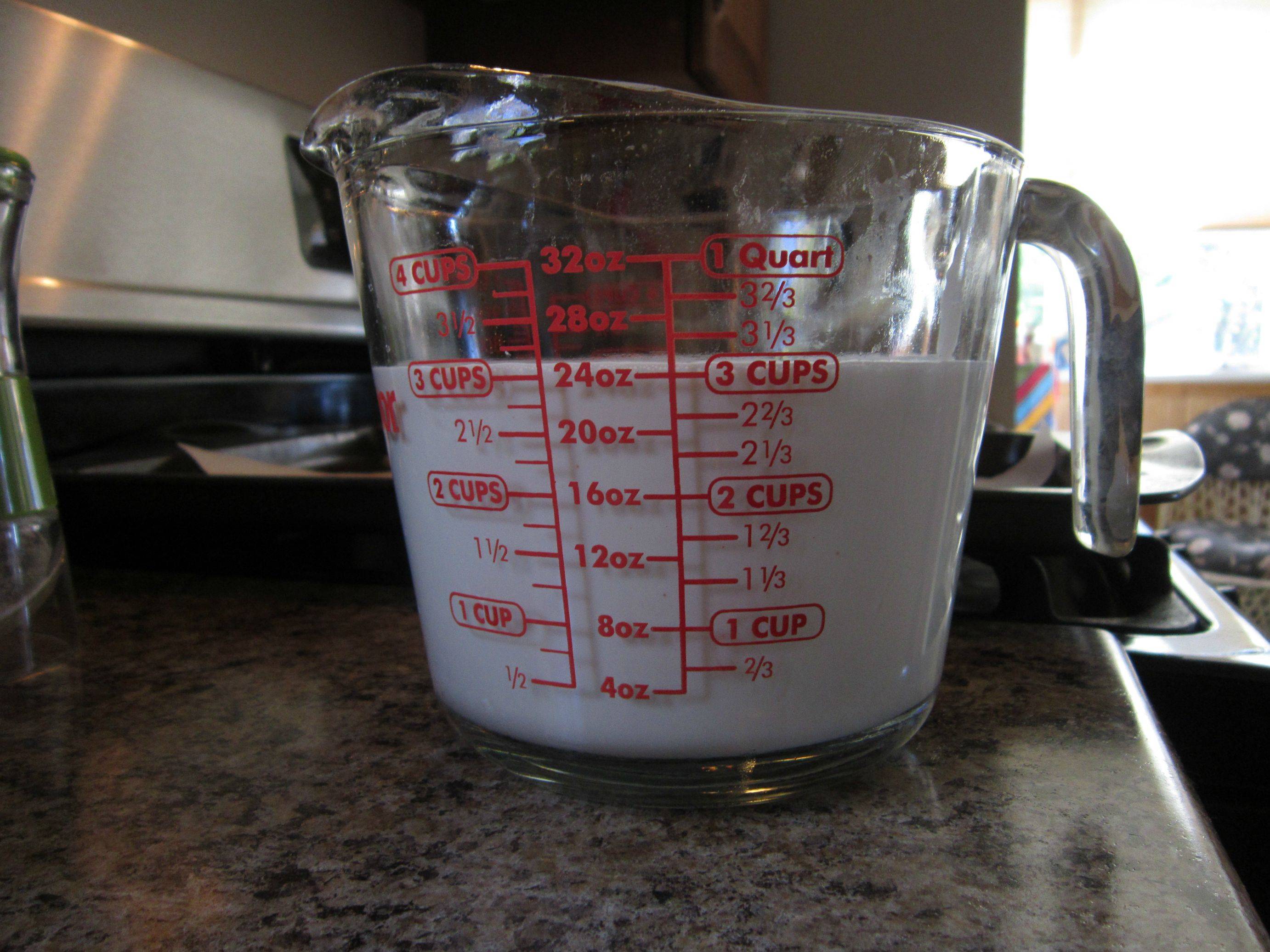 Step #12 - Add the cream/milk to a medium sized saucepan, and dump in the lemon zest. You'll want to bring this to near boiling (only a few bubbles around the edge) and hold it there for about 5 minutes in order to get all the oils from the lemon zest absorbed into the milk fat. 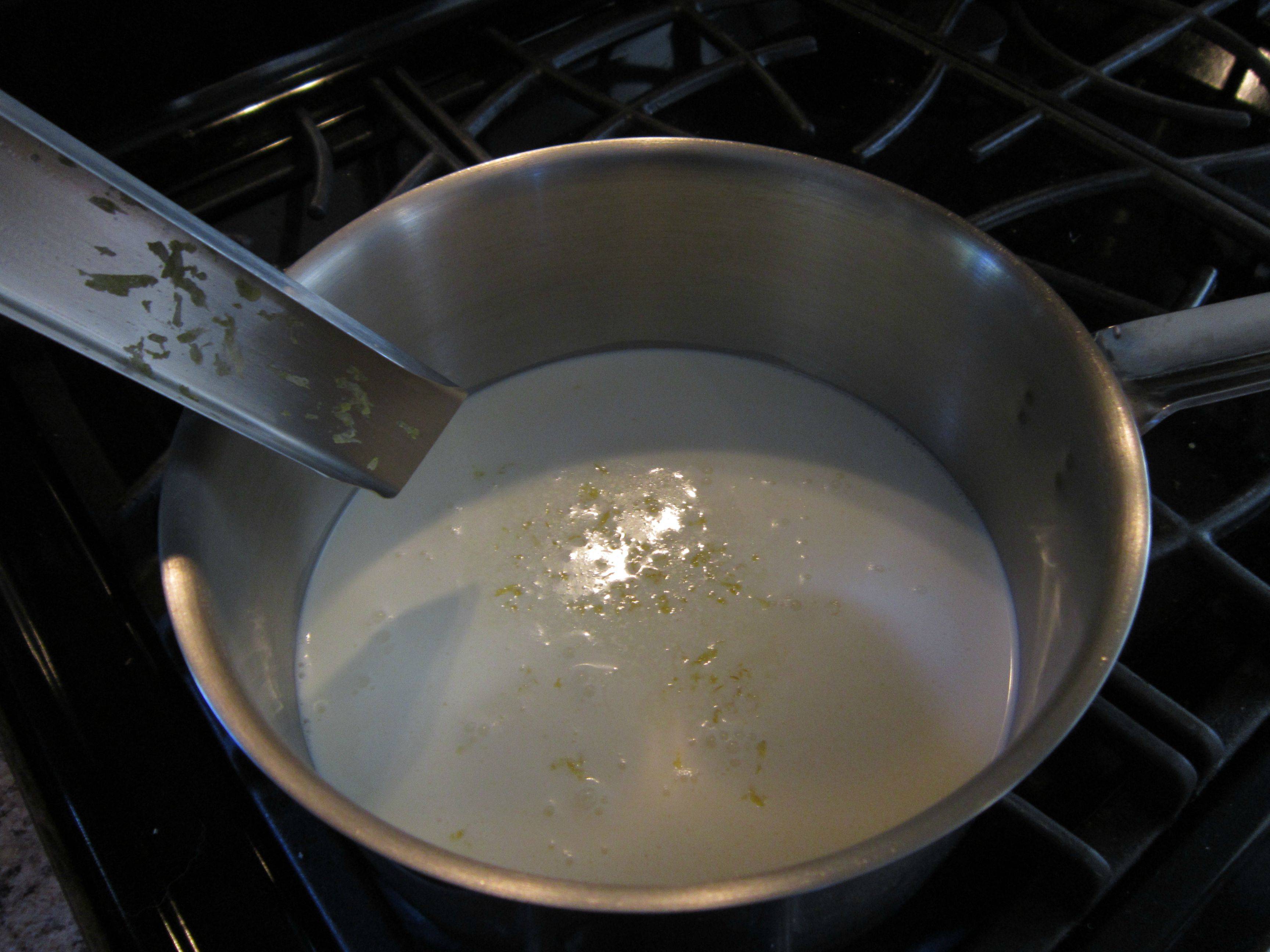 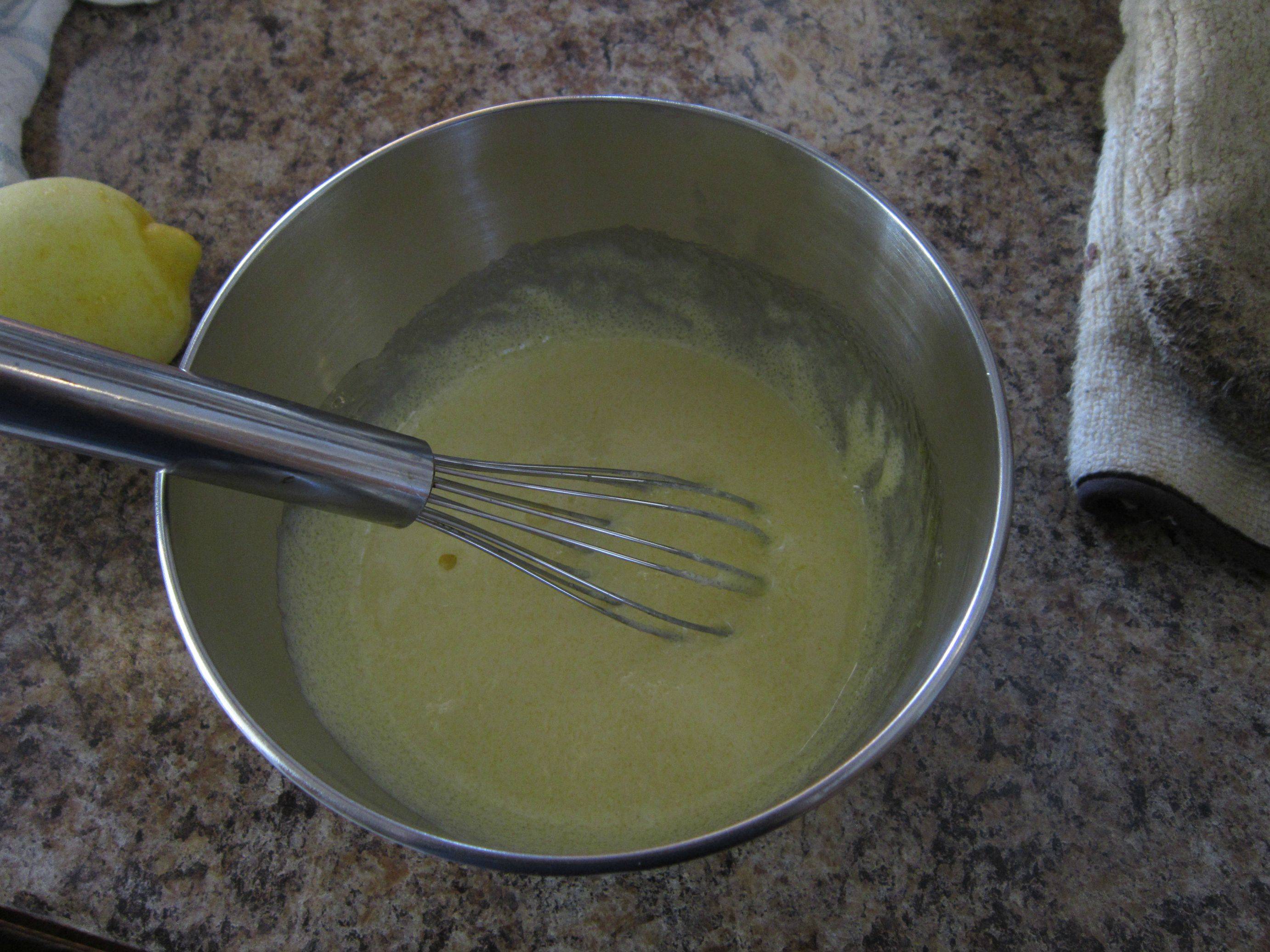 Step #14 - I didn't show any pictures of the process, because it's a two handed job. With one hand, keep whisking the yolk/sugar mixture and with your other hand, SLOWLY pour the half of the cream mixture into it. DO NOT STOP WHISKING. This process is called 'tempering' and it prevents the yolks from curdling.

Once about half of the cream mixture is in with the yolks, you can dump everything back into the pot with the cream. Keep cooking, whisking the mixture the whole time. 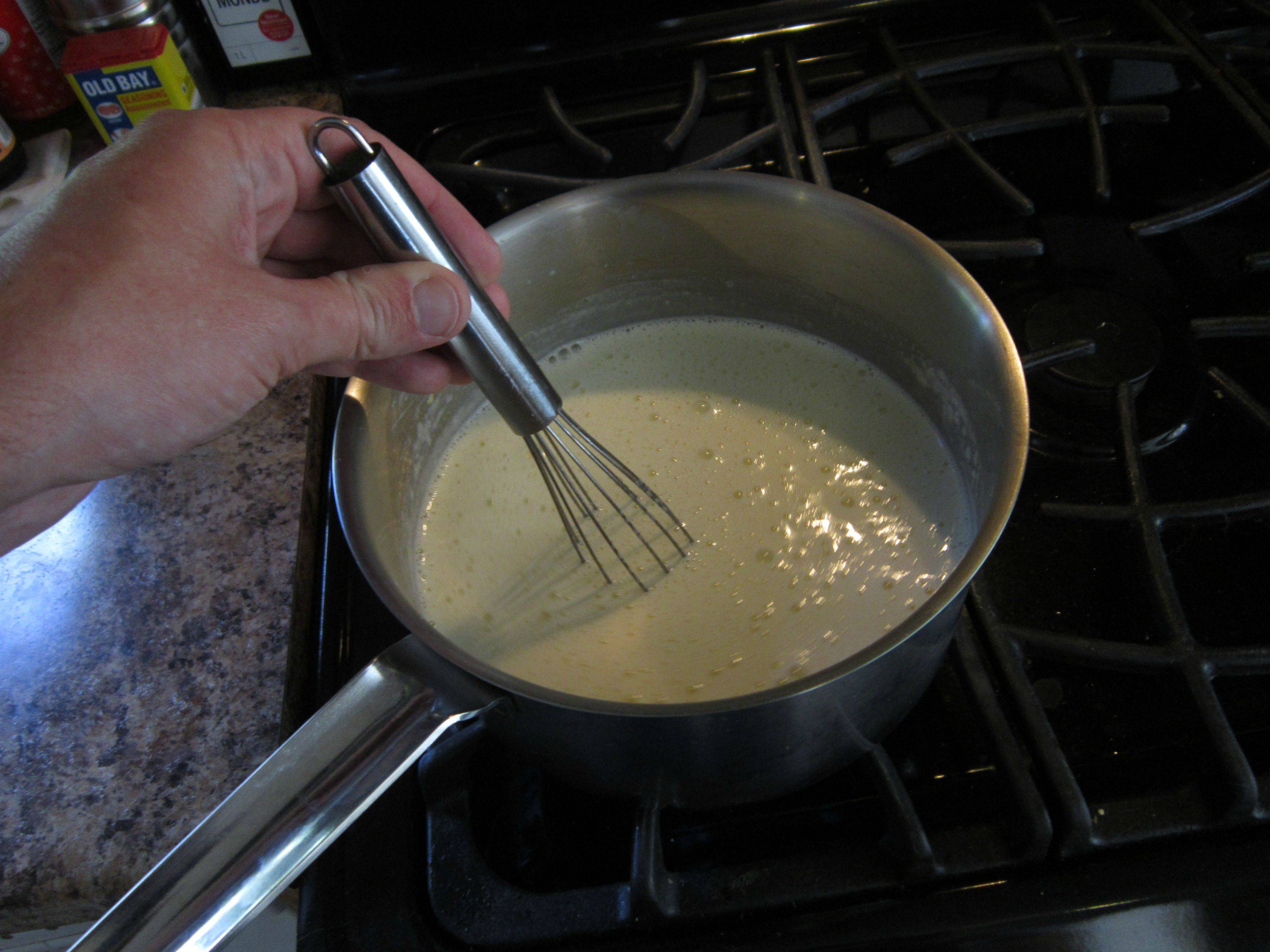 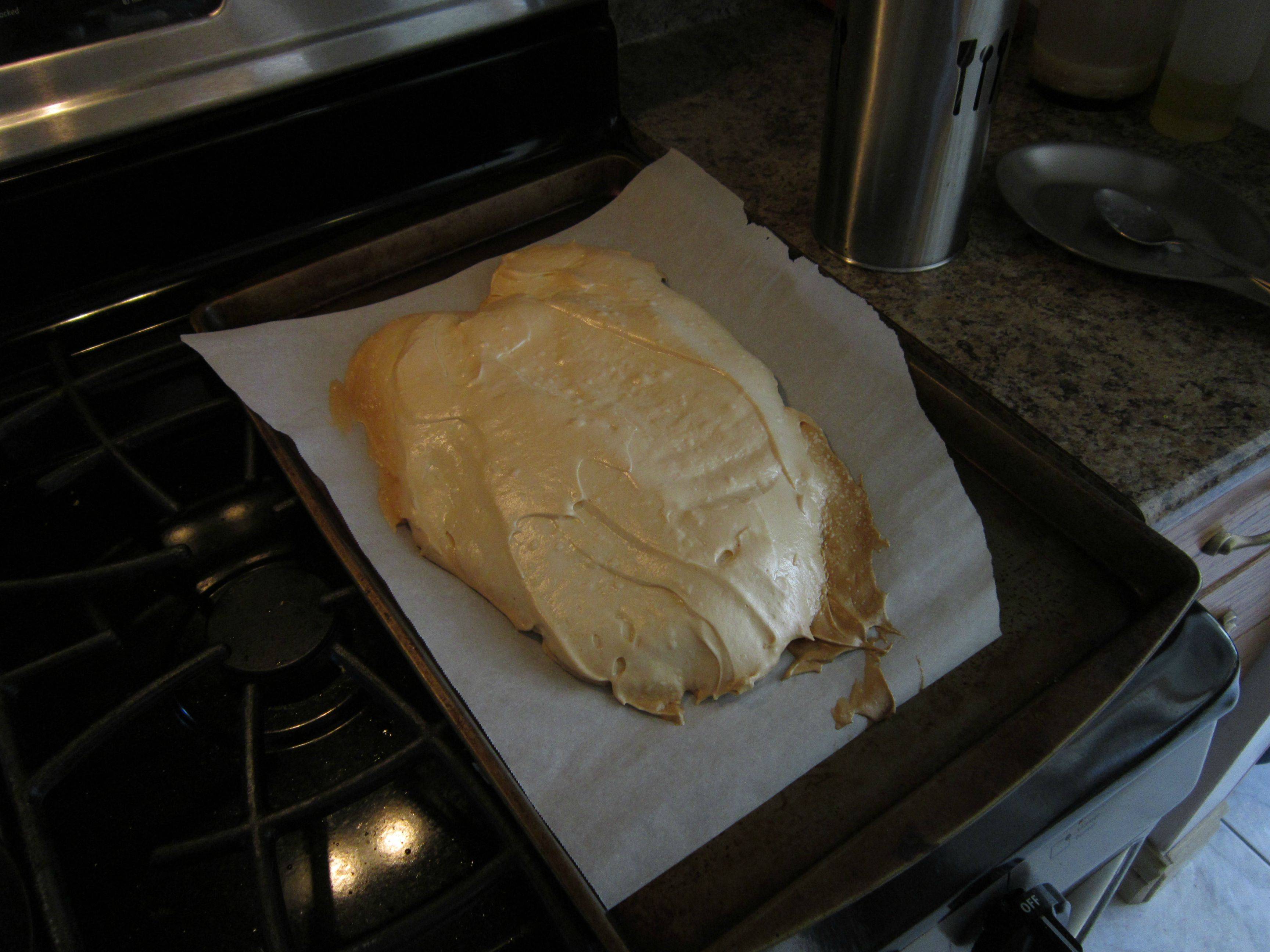 Step #16 - The mixture is done when it passes the spoon test - it should stick to a spoon, forming a reasonably thick coating without dripping/running off. Takes about 5 minutes. Move the pot off the burner and let it cool. 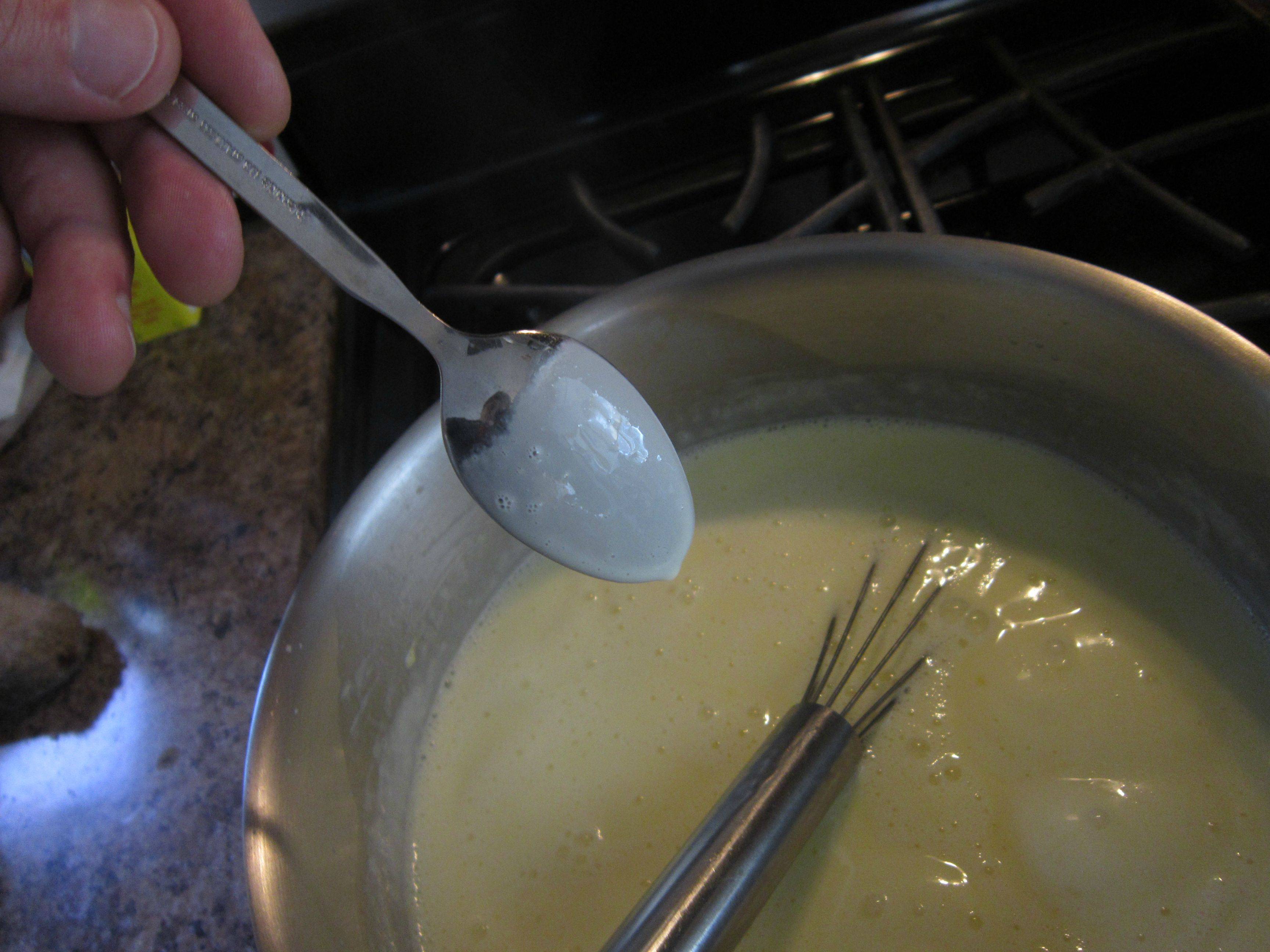 Step #17 - Take half your lemon, and juice it into the mixture. Don't worry about seeds, next step will get rid of them. 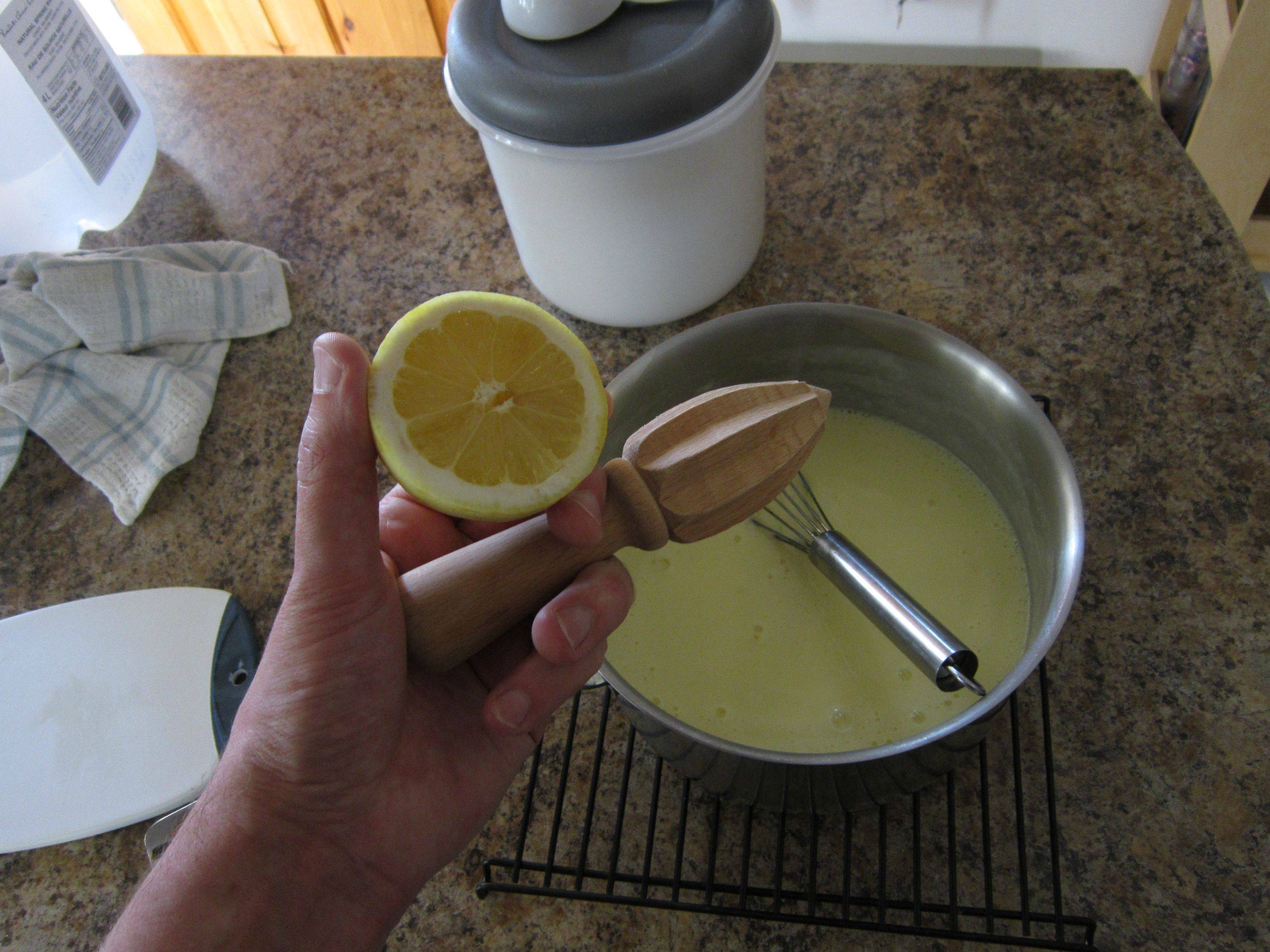 Step #18 - Get a glass/plastic food container with a top, and strain the mixture into it through a metal strainer. This removes the lemon rind, any bits of egg that may have curdled, or lemon seeds that made it out when your juice. 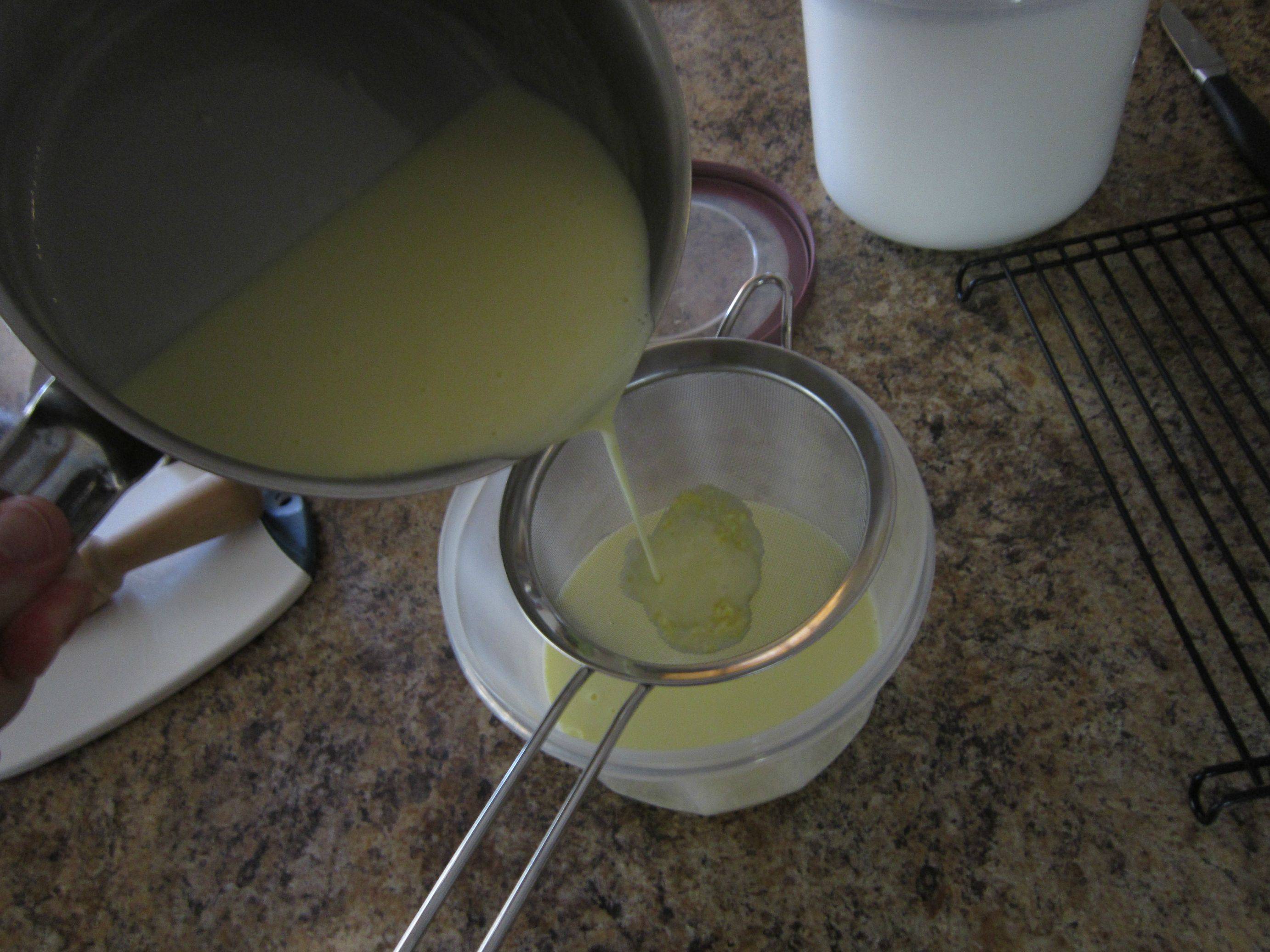 Let the mixture cool to room temperature before you put the lid on, then put it in the fridge and let it chill.

Put the meringue into your freezer. Break up the graham crust, throw away the burnt edges and throw it in your freezer.

And that's where I am right now with it. More to follow when it goes into the ice cream maker.

YOU GET NO T-SHIRT

I can honestly say I intend to make this.


gee said:
Step #3 - Make like an autobot and roll that sh*t out. Throw in the oven, you'll bake it for about 10 minutes.
Click to expand...

OK, everything's nice and chilled. Fire up your ice cream maker and toss the batter in there. I'm using the one that bolts onto my Kitchenaid. 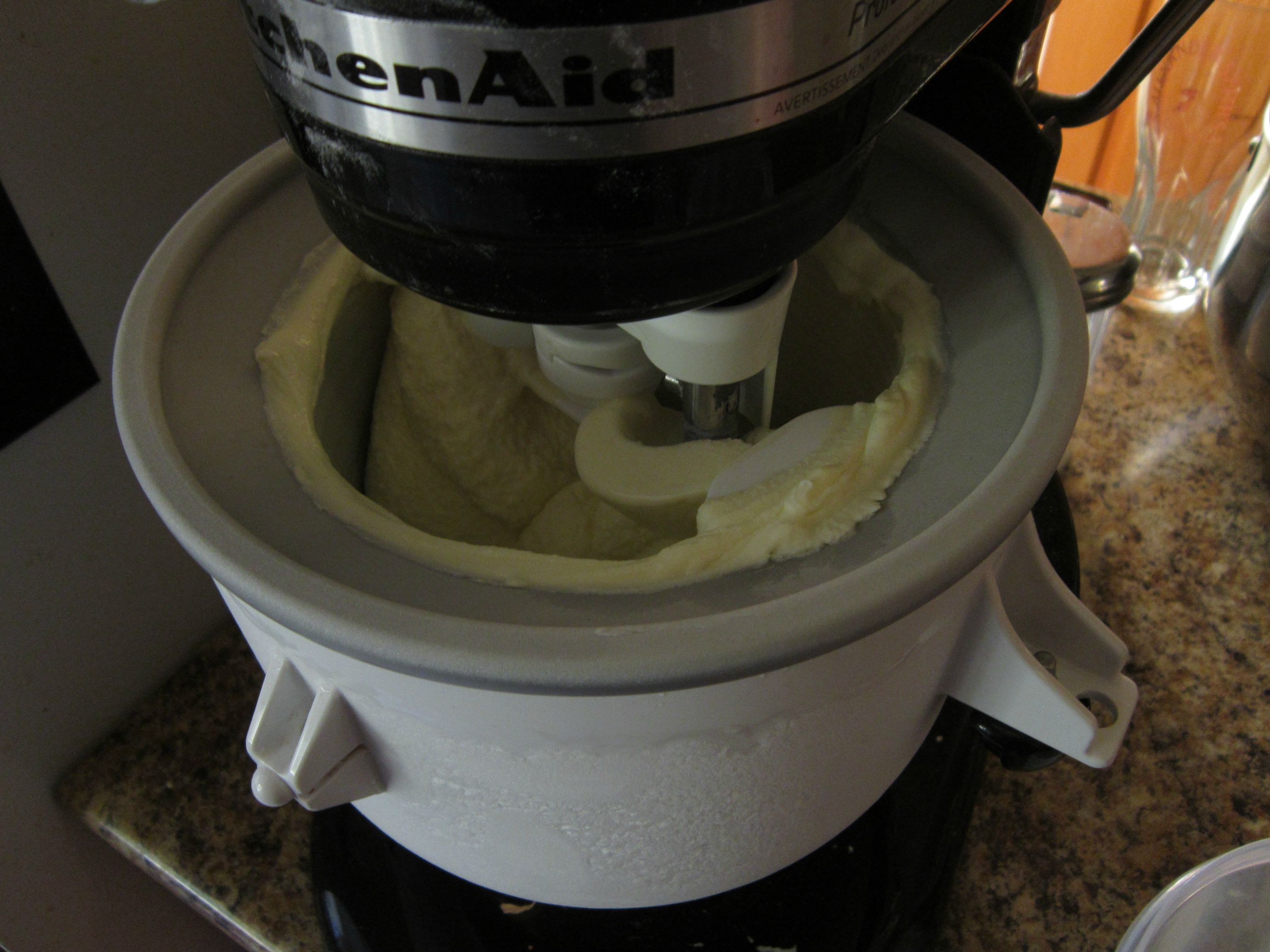 When the ice cream maker starts clicking, or whatever your machine does when your ice cream's done, you've got soft serve. Move it into a container and throw it in the freezer for half an hour to harden. 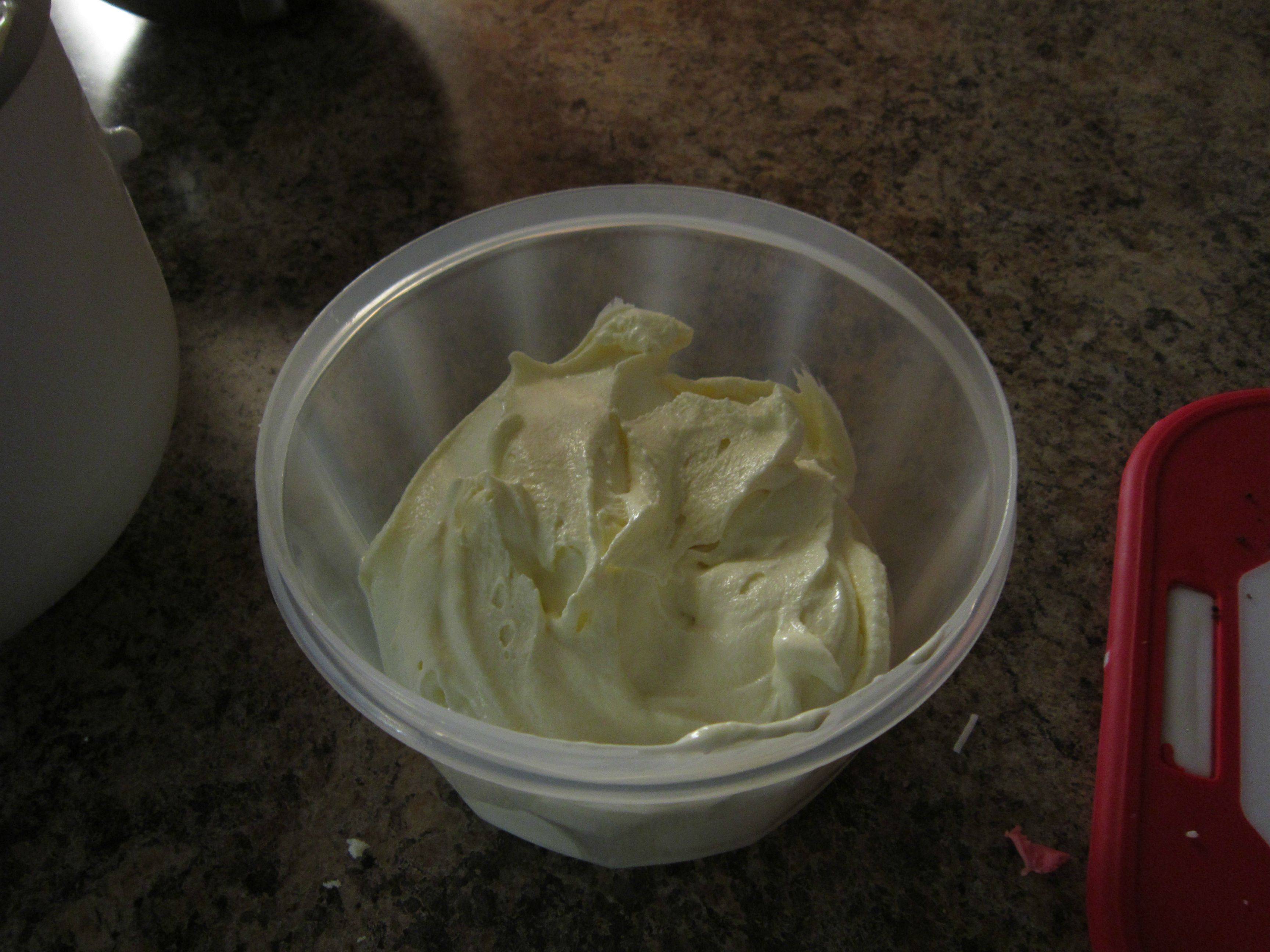 When it's hardened, take your graham crust and cut it up/mix it in. 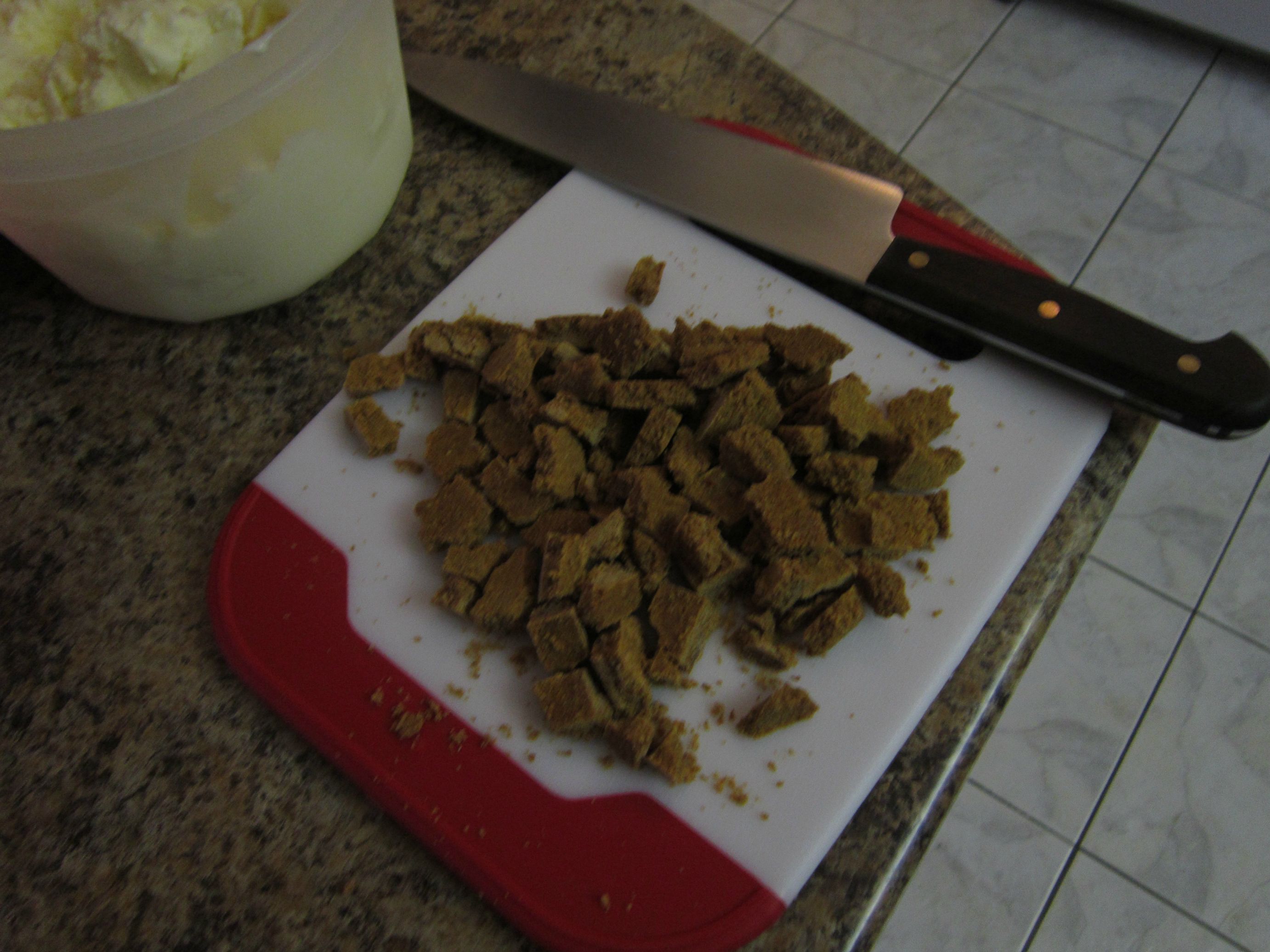 RECIPE CHANGE. Leave out the meringue. Turns out it doesn't freeze well, it turns to a mush that glues your teeth together when you eat it. FUCK YOU MERINGUE: 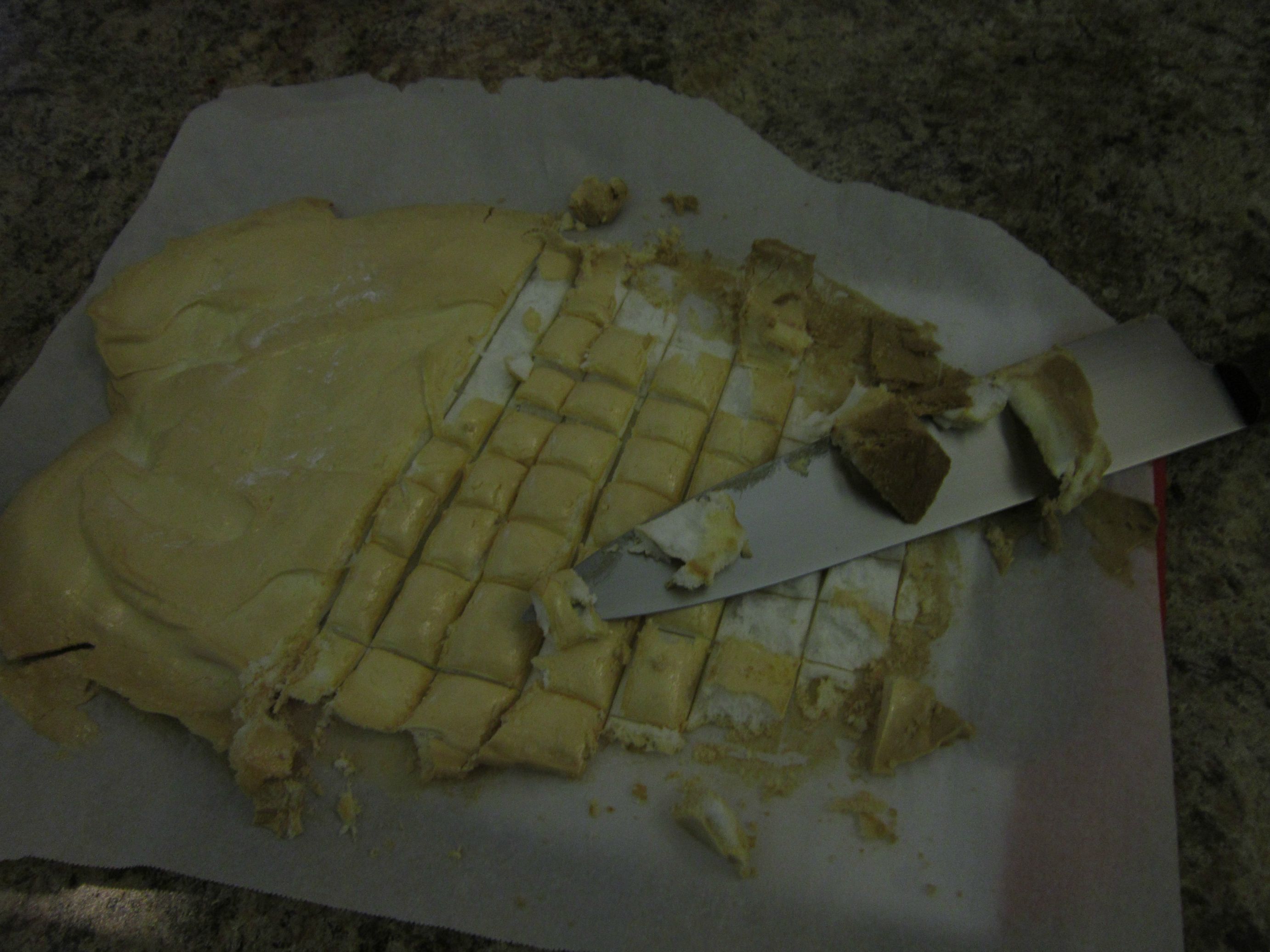 Put everything back in the freezer for a hour to let it fully harden, and you're done. 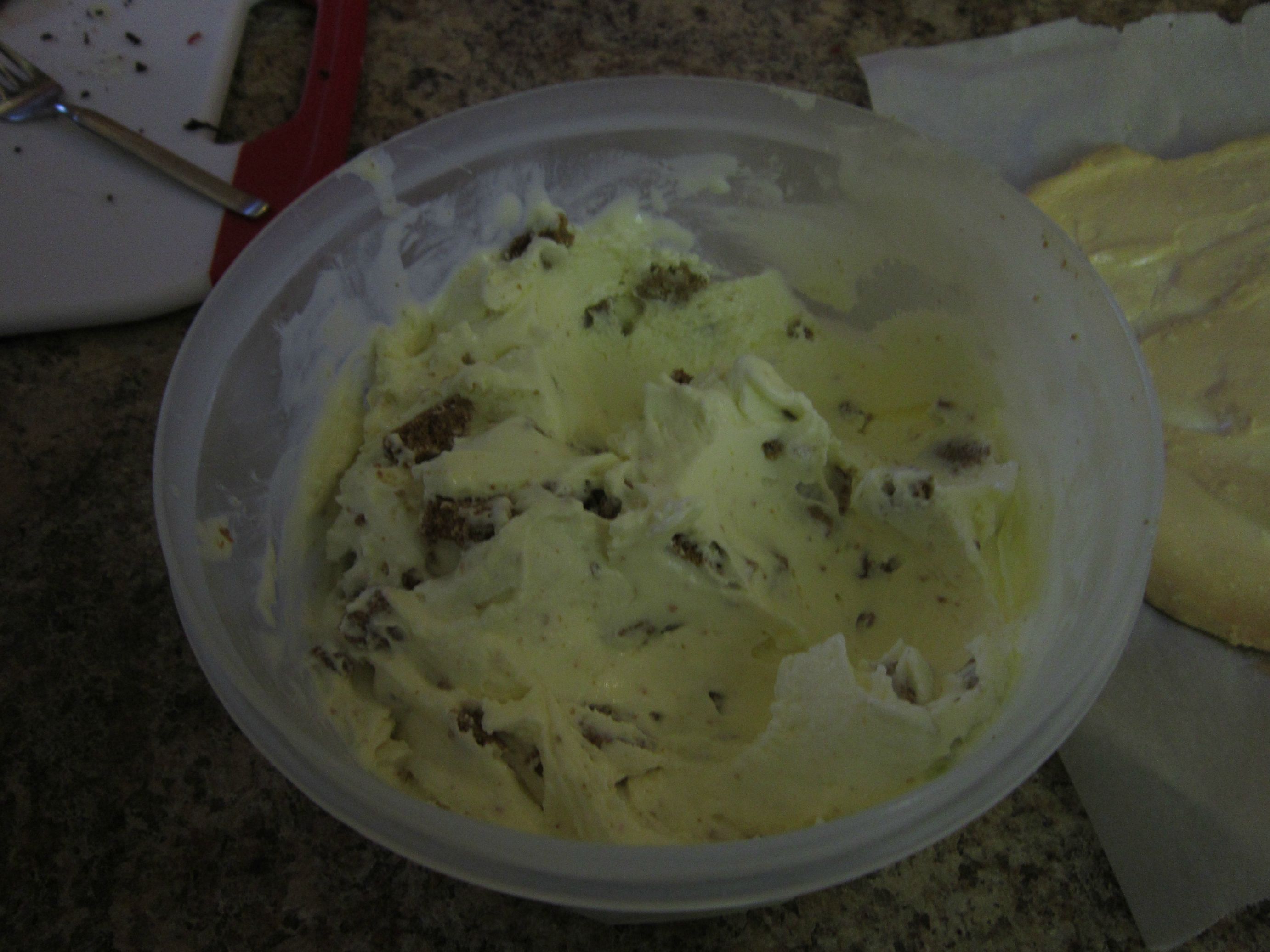 This turned out awesome, and it's got a bang-on lemon meringue pie flavor to it, even without the meringue. Doberman would love to agree and she's acting extra cute in an attempt to get some, but sorry doberman, no ice cream for you. 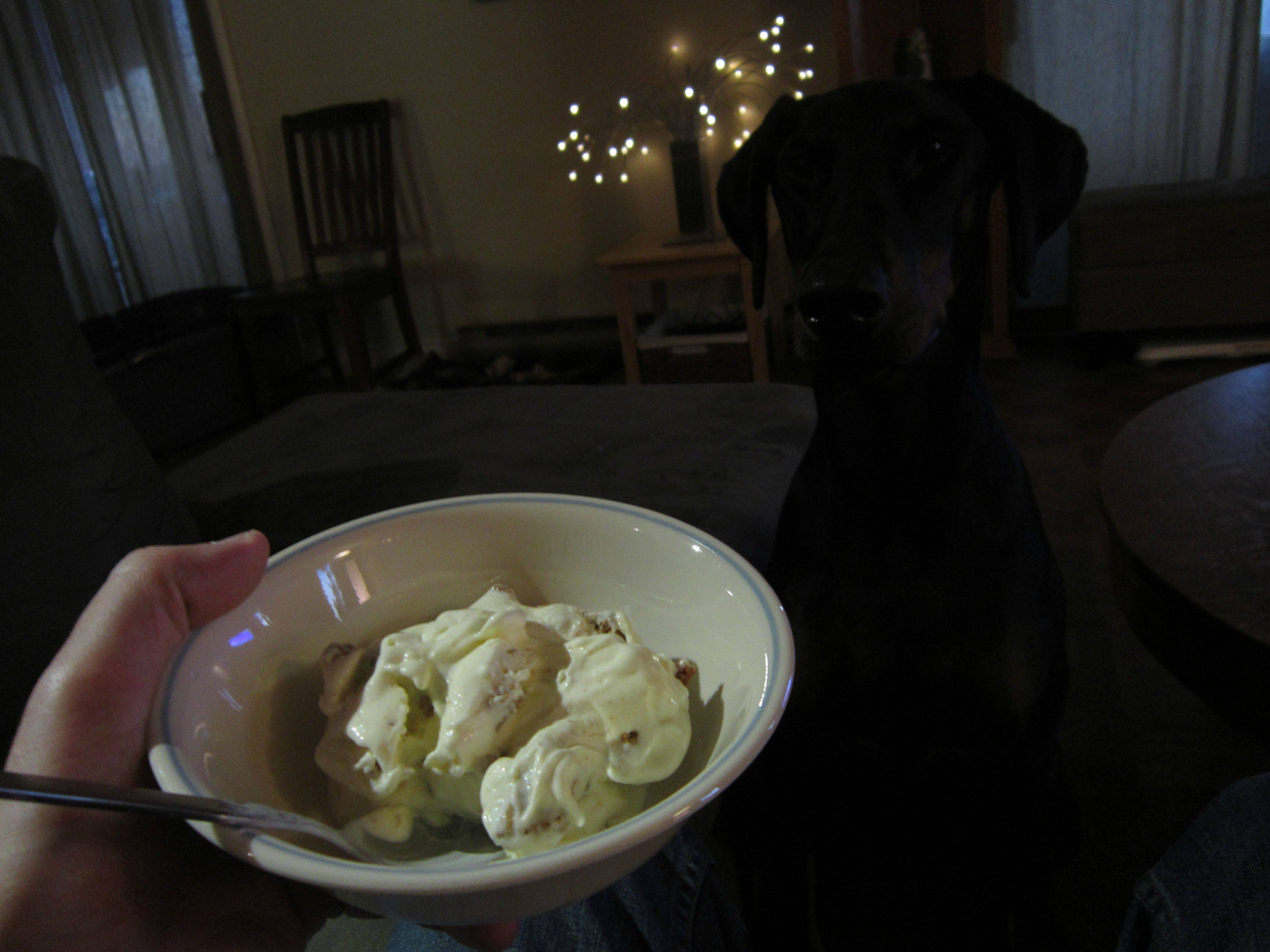 What if you mixed in chunks of the meringue when you served it?
K

What if I just eat the merengue in spoonfuls while waiting for everything to chill.

What if you made a dry, stiff meringue, and then swirled it into the soft serve stage of the batter until you get swirls, and then freeze it?

someone wanna make this for me?

You can view the page at http://uselessforums.com/content.php?28-Lemon-meringue-ice-cream-(pics-guide)

You can view the page at http://uselessforums.com/content.php?28-Lemon-meringue-ice-cream-(pics-guide)

I have no idea why it keeps creating a thread. Off to a Halloween party. I'll fix it in the morning. Thanks again gee!

My Mustang thread is nice work


Mrs. Valve said:
What if you made a dry, stiff meringue, and then swirled it into the soft serve stage of the batter until you get swirls, and then freeze it?
Click to expand...

I s'pose you could bake one like I've done here and put it in a food dehydrator.

I'm trying to think of some sort of way to make a meringue flavored syrup that I could stir into it like a caramel.


shamwow said:
you kinda got a raw deal on that though it was a copy pasta
Click to expand...

It wasn't actually. I referenced the Genmay thread, but a lot of it was freshly written stuff.

Edit: and the fucking fact that I had to reupload all the pics, stupid fucking uploaders crapping out
Last edited: Oct 27, 2012


gee said:
I s'pose you could bake one like I've done here and put it in a food dehydrator.

I'm trying to think of some sort of way to make a meringue flavored syrup that I could stir into it like a caramel.
Click to expand...

Nonono. Don't bake the meringue at all. Make a swiss meringue and then just fold that into the ice cream batter. No gunky chunks.
You must log in or register to reply here.
Share:
Share
Top Bottom