dbzeag said:
If the TSA is not allowed to monitor passengers, they are not allowed to be in the sky, apparently, effectively grounding the flights.
Click to expand...


Good luck with grounding flights out of DFW and not screwing up airline travel.

One bowl of sadness please.
D

Arátoeldar said:
Good luck with grounding flights out of DFW and not screwing up airline travel.
Click to expand...


Oh I didn't say it wouldn't screw up all of air traffic. But it would be one successful step closer to independence from the tyranny of the US. Viva la revolution!

If ya'll want Texas, you are welcome to it. I'm good with some contraction and moving down to 49 states.

Actually, 48, because you bitches gotta take CA with you.
D

Duke said:
If ya'll want Texas, you are welcome to it. I'm good with some contraction and moving down to 49 states.

Actually, 48, because you bitches gotta take CA with you.
Click to expand...

This blog is turning in to one of my favorites. The quality of discussion is relatively high by blog standards.
http://noahpinionblog.blogspot.com/2011/06/libertarianism-and-tamerlane-principle.html

Here is the recipe I used in case anyone is interested. I selected it solely based on the fact that I had all the ingredients handy and didn't have to melt any solid chocolate.

Preparation:
Combine dry ingredients in a large mixing bowl. Add eggs, milk, oil, and vanilla. Beat with electric mixer on medium speed for 2 minutes. Remove mixer; stir in boiling water by hand. Pour the thin batter into a greased and floured 13x9x2-inch baking pan or two greased and floured 9-inch layer cake pans or three greased and floured 8-inch layer cake pans. Bake at 350° for about 35 minutes for a rectangular cake or 30 to 35 minutes for layers. A wooden pick or cake tester inserted in center should come out clean. Cool for 10 minutes in pan on rack then remove from pan and cool completely.
Frost as desired.


You've been kicked out of the union. Opinion invalid.
B

That entire read is like random facts and a lot of insinuation. It's granted you can't trust the government or random companies but it's the price you pay for using electronic communications. Most of that crap is public info rewritten to sound like sekret squirrel shit. 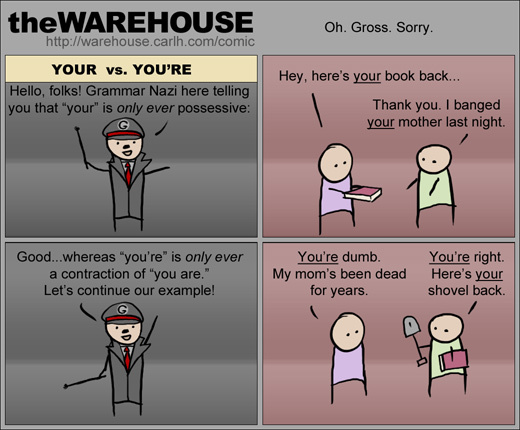 This is pretty good.

Then the manager came to see what was causing all the commotion, and that’s when he found the very-conservative salesman unhappily struggling to right an enthusiastically pointy chicken which was almost as tall as he was. The salesman was having a hard time, and he told everyone to stand back “because this chicken will cut you", and at first I thought he meant it as a threat, like “That chicken has a shiv”, but turns out he just meant that all the chickens’ ends were sharp and rusty.
Click to expand...

Every have that moment of clarity where you knew it was time to get the fuck out and go elsewhere in regards to employment.

Ya. Just had that.