TuhMollie said:
Suzy is a whore
Click to expand...

I know I know. Kiko is a good kid tho and can probably handle the fallout.

TuhMollie said:
over the xmas holidays i got an email from Kikos english teacher telling me he’s fucking up in class with unfinished assignments and too much time on his phone

he WALTZES in today, goes to his room, drops off his bags and says to me: what do we have planned tomorrow after school cuz i wanna go see “Suzy” (his girlfriend)

i simply laughed at him and said: suzy who? boy get in your room and finish that damn book report

83 in English! YAY SO PROUD OF MY LAZY KIKO

do you and her have matching haircuts ?
Reactions: august

she is the coolest kid ever
Reactions: august

Domon said:
do you and her have matching haircuts ?
Click to expand...

her hair looks like mine usually does for the same reason as me, which is that I never go get it cut (she hasn't had a haircut yet), but I've cut my own hair (terribly) a couple of times since lockdown so mine is shorter than hers right now

soooo kiko got to see Suzy today at the mall where i’m sure they ditched the mask to make out. barf!

So how much longer before you become a grandma @TuhMollie ?

Josh said:
So how much longer before you become a grandma @TuhMollie ?
Click to expand...

this is the running joke with all my friends
ewwwww just the thought
Reactions: Josh
K

We decided to graduate my oldest early and she starts her first college class tomorrow!

kiwi said:
We decided to graduate my oldest early and she starts her first college class tomorrow!

wait so you just look at her and say: hey im done homeschooling your ass, i now declare you graduated, you start college tomorrow ?!

is this how it works
Reactions: Jehannum
K

TuhMollie said:
wait so you just look at her and say: hey im done homeschooling your ass, i now declare you graduated, you start college tomorrow ?!

She would have “graduated” in may but she knows what she wants to be so why wait. Got her enrolled in a couple art classes to start her on her journey.

The 3rd kid will need a more traditional plan as the university he wants to attend has stricter admission requirements. I’m still thinking we’ll start enrolling him in classes with the local college in a couple years though, start knocking out generals and his beginning computer classes.

TuhMollie said:
wait so you just look at her and say: hey im done homeschooling your ass, i now declare you graduated, you start college tomorrow ?!

Thats how it worked for me

Universities are way cooler about homeschool kids now though. It was a fight every.step.of.the.way for me. It was just starting to change around 2011 when I literally worked in the admission department.
Last edited: Jan 10, 2022

the bean had her 2.5 month checkup, still a giantess.

I was SO relieved that they had her do the stand-up height and weight this time, every previous time they still made her lie down on the weight table for it and it has always caused her to have a meltdown. like, she LOVES going to see the doctor, she even takes her shots like a champ & is excited about them, it's just this one piece of it she hates but they always did it first thing and then the whole rest of the visit she is struggling to calm back down.

it ALSO means that they got to see & hear her talking like normal, which was a relief for me because they have you write examples of their sentences on those Ages & Stages questionnaires they do to track development and what I write and what she's been capable of saying between racking sobs in their office have not been well aligned, so I was worried they were going to think I'm making shit up 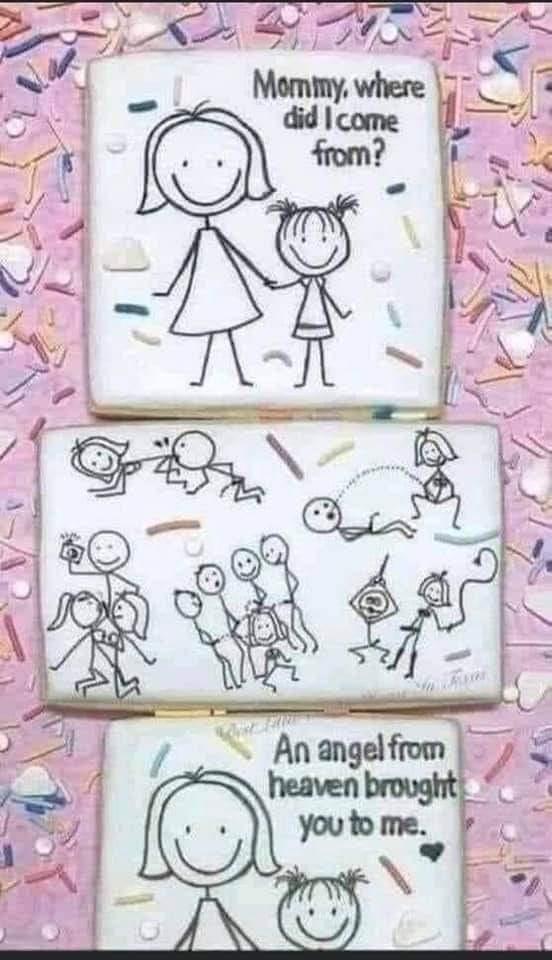 Kids got a snow day. Zero snow.
Virtual snow day.
"We have decided to close campus due to the impending inclement weather..."
You must log in or register to reply here.
Share:
Share
Top Bottom