One of the biggest debuts in the science world could happen in a matter of weeks: The Higgs boson may finally, really have been discovered.

Ever since tantalizing hints of the Higgs turned up in December at the Large Hadron Collider, scientists there have been busily analyzing the results of their energetic particle collisions to further refine their search.

“The bottom line though is now clear: There’s something there which looks like a Higgs is supposed to look,” wrote mathematician Peter Woit on his blog, Not Even Wrong. According to Woit, there are rumors of new data that would be the most compelling evidence yet for the long-sought Higgs.

The possible news has a number of physics bloggers speculating that LHC scientists will announce the discovery of the Higgs during the International Conference on High Energy Physics, which takes place in Melbourne, Australia, July 4 to 11.
Click to expand...

Why is this important?

The Higgs boson is the final piece of the Standard Model — a framework developed in the late 20th century that describes the interactions of all known subatomic particles and forces. The Standard Model contains many other particles — such as quarks and W bosons — each of which has been found in the last four decades using enormous particle colliders, but the Higgs remains to be found. The Higgs boson is critical to the Standard Model, because interacting with the Higgs is what gives all the other particles their mass. Not finding it would severely undermine our current understanding of the universe.
Click to expand...

Higgs-boson discovered, then these guys show up 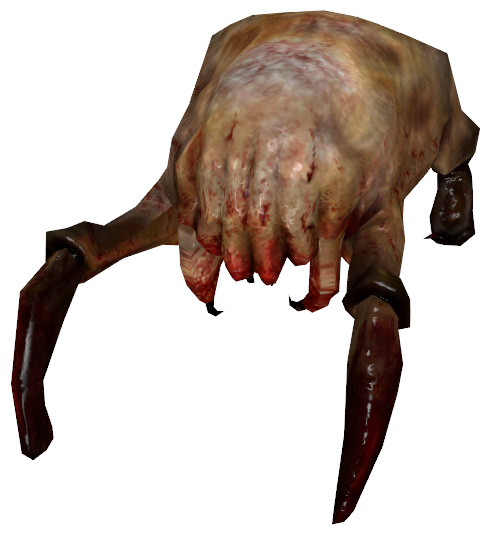 Maybe my time has come. BRB, getting my crowbar.

Awesome. The Standard Model is fucking ugly though. A couple centuries from now, people will laugh at it.

fly said:
Awesome. The Standard Model is f*cking ugly though. A couple centuries from now, people will laugh at it.
Click to expand...

I'm just glad to find out what's giving Chikken all that mass.

Super Collider? I just met her.

...and then we built a Super Collider.

I thought that was KFC?

The Amazing Drool Boy said:
I thought that was KFC?
Click to expand...

Maybe the Colonel had the secret of the Universe all along

YOU CRAVE IT EVERY FORTNIGHT
"OOOooOOOooOO BUY ME CHICKEN!!!"
S

I was pretty sure it was all those cans of corned beef hash and eggs.....

Syrup Beaver said:
I was pretty sure it was all those cans of corned beef hash and eggs.....
Click to expand...

the Lardsicles don't help either

What I want to know is:

How does this benefit me?

How can I profit?

Will there be money, wimmin, and power involved?

It wont be featured in a rap video, so Im sure you wont be interested.

The Amazing Drool Boy said:
It wont be featured in a rap video, so Im sure you wont be interested.
Click to expand...