Leaving, on a jet plane. Don't know when I'll be back again

You are using an out of date browser. It may not display this or other websites correctly.
You should upgrade or use an alternative browser.
D

Actually my jet plane is a truck and I'll be back later this weekend, hopefully tomorrow, with a big fat Tonasket, WA mule deer doe. 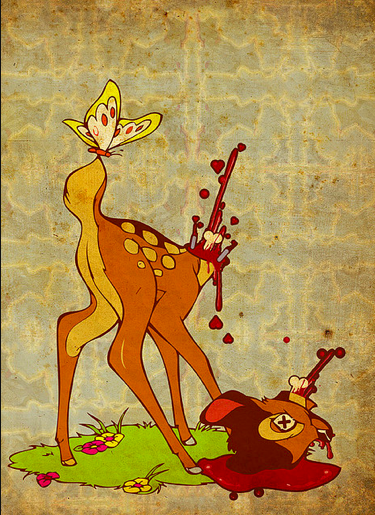 i'm going on a jet plane on Tuesdayyyyyy to jamaiiiica

Catch one for me!

I'm leaving for Chicago on Sunday then New Mexico. God I hate end of Government fiscal year.
A

DoubleJ said:
Actually my jet plane is a truck and I'll be back later this weekend, hopefully tomorrow, with a big fat Tonasket, WA mule deer doe.
Click to expand...

Why not a buck?

maybe the meat's more tender?
A

The tenderness of the meat has more to do with the diet/health/age then the sex of the deer.
D

Arátoeldar said:
Why not a buck?

2nd deer tag is antlerless only. I'm back with my deer and a bit of natures revenge. I'll write it up tomorrow

DoubleJ said:
2nd deer tag is antlerless only. I'm back with my deer and a bit of natures revenge. I'll write it up tomorrow
Click to expand...

Just going to copy and past from another site. The guy I'm talking about, Buckmark is a member there

Abreviated write up since I can't type. This is explained later.

Well, had my second deer tag for Central Okanogan. Got to Buckmarks house Friday afternoon and off we went. Drove through the smoke that blew north. Buckmark almost hooked us up with a side of beef each as a range cow walked out into the highway in front of his F250 going 75mph. He managed to stop less than a foot from hitting it.

We got to Tonasket about 5pm and went to meet the landowners who gave me access. Very nice people. Very appreciative of the crabs and clams I brought them and pointed us to where the deer were. Had 5 within range on the second landowners property but we hadn't met them yet and were unsure of property lines so we passed. We attempted a drive. Buckmark walked about a mile around the hill I settled in at the bottom of and kicked a few deer but none my way. Got dark so off to camp. Almost got a freebee when a mulie doe walked out in front of his truck, only going 55mph this time though since we were just coming off of a hairpin turn. I swear Buckmark drove NASCAR in a past life :chuckle: Dinty Moore beef stew, a beer, and part of the movie Silverado and it was off to bed.

I got woken up at 5:15 to a pounding on my camper door since I screwed up setting my alarm. Coffee, cereal, and we were off. Actually made it all the way to the hunting spot without trying to hit an animal with the truck. Drove around the back side of the property and kicked me out of the truck so I started walking the brush towards the alfalfa field. Buckmark circled back around and found the deer herd of about 15 deer and came around the hill and signaled me and we were off after them.

Caught up to them and they were in rifle range, but not bow. Went a little further to cut them off but they didn't go the way we hoped. Came back down and ran into half of the herd that had broken off as they were crossing the road. Buckmark kicked me out of the truck to take a shot as they were moving away. Then he spotted 2 does right at my feet, about 20 yards. I only saw one so I leveled the 20 yard pin and let fly on a hard quarter away shot. Arrow entered a little further back than wanted, about 3" back of the rib cage and exited 1" behind the opposite leg pit. Solid liver shot. watched about 20 minutes as she expired and went to get her. Got her back to the truck and we were off to gut and process back at camp.

Thats where the day went to shit. While cutting the last quarter off, the leg pulled my knife hand down and the knife stabbed my off hand. Nice deep cut. We got it bandaged with a bandaid and duct tape. Then we met some nice folks who said our attempt at first aid was sub par and got hooked up with an iodine wipe and butterfly stitches.

Drive home was uneventful as there were no animals with a death wish. I'm home now and my wife the ex-nurse fixed me up right with an alcohol scrub and antibiotic spray (I screamed out that I hated her. Scared one of the kids because he thought I meant it) new butterfly stitches and a finger brace so it wouldn't move. Off to Group Health in the morning since it was too late tonight.

Deer in the fridge, off to bed soon.

Oh, I forgot, no pics of the deer. Pics aren't really my thing. I did get pics of the knife attack though:

And after the first set of butterflies. Thought it was all better until I hit it when packing up my truck

DoubleJ said:
2nd deer tag is antlerless only. I'm back with my deer and a bit of natures revenge. I'll write it up tomorrow
Click to expand...

Gotcha I wasn't sure since in PA, what you can hunt depends on age, location weapon, and gender/age of the deer. In PA, if you go doe hunting. You must a stamp from the county you are going to hunt.

Sorry about your hand.
D

Not as sorry as I am. I have to have my dad over to butcher my deer and I know he's going to fuck it up.

Man I hope that doesn't get infected. Jesus Christ.

super glue that shit back together
D

Opposite. Knife was sharp as hell. Barely grazed my hand and it cut that deep. Been 2 days now and no sign of infection. Group Health said it had been too long so they wouldn't stitch it. They cleaned it, packed it full of bacitracin, butterflied it shut, gave me a bottle of zithromax and said good luck.
D

shamwow said:
super glue that shit back together
Click to expand...

They said it was too deep to superglue

I don't see what was wrong with the duct tape.
S

Neither do I, it works for that purpose, use a little bourbon for antiseptic and you're all set.
You must log in or register to reply here.
Share:
Share
Top Bottom