wetwillie said:
I think they like the word "antibodies". They've taken antibiotics and think it's the same thing.

They petitioned and wailed here and starting sometime in January our governor can't call for mandatory shit. Massholes. I hope she does it before Halloween and let's the chips fall where they will come in January. I don't think it would be political suicide, I think she'd get re-elected for showing some stones.
Click to expand...

I think a daily mandatory shit would make a world of difference for some folks.
Reactions: wetwillie

wetwillie said:
My wife and I had the covids at the beginning. THen we both got double vaccinated. She tested positive yesterday(damn teachers, bringing home that shit from the kiddies) - she's getting the monoclonal antibody shit right now. I personally feel fine but will quarantine for 2 weeks. Damn, a case of beer and a 5th of Everclear is all the sanitizing shit I have. How will I make it?
Click to expand...

how bad is it this time compared to the 1st covidsss
Reactions: wetwillie 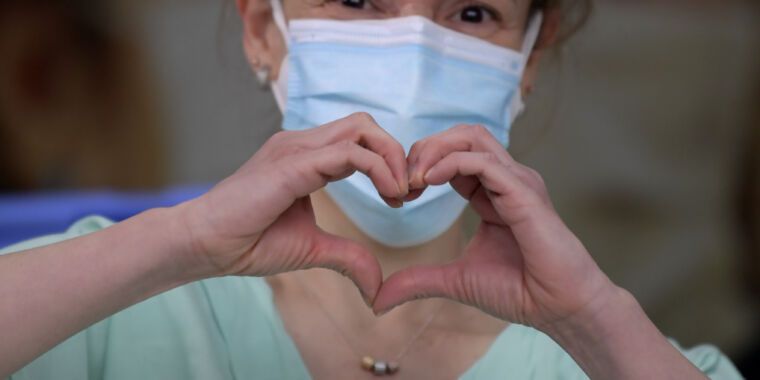 No, your antibodies are not better than vaccination: An explainer

Infection does offer some immune protection—but it's unreliable compared with vaccines.

Will check out. Thanks! Probably 90% of the studies I see say that infection is better, and 10% say that the vaccine is better.

Doesn't really matter to me, I'll eventually have both.

TuhMollie said:
how bad is it this time compared to the 1st covidsss
Click to expand...

Her: Like a bad sinus cold, which is what they gave her antibiotics for - but told her to go get tested. Kids at her school have been dropping like flies. If I have it, it doesn't seem bad. I've been working outside pretty much non-stop for last 2.5 months (i.e. lots of mold, dust and allergens). I feel like I have a cold but I just take the OTC shit and keep going. I don't do "I'm sick" unless I actually feel too crappy to do stuff. *I'm also doing a few of my hippy-dippy homeopathic things but that's between me and Ma Nature.
Reactions: TuhMollie and Immigrant

That “Haha” gravy is for the signature. That’s a hoot!
Reactions: wetwillie

Immigrant said:
That “Haha” gravy is for the signature. That’s a hoot!
Click to expand...

If there was an "Immi Says, Magic 8 Ball", this would HAVE to be on it.

It seems nobody here knows how to maintain an oxygen concentrator. Last night, I started getting really light headed and checked my headgear (cannula) and discovered no air coming out AT ALL. WTF!?!

Between the fact that the only person here was the YouTube Chef and the person I had her call being Filipino also, a language barrier, I wasn’t having much luck getting it working before I went into full panic mode. Fuck. Just thinking about it is making me get shaky again. It’s working now, but OMG I can’t describe it now, but it wasn’t working. Hopefully I’ll be able to soon (before I forget or die).

From experience, no one knows how to operate those things.
Reactions: wetwillie and Immigrant

I’m seeing that in action.

I managed to maintain mine easy enough. Getting these people to lift a finger is like pulling teeth from a crocodilly, I swear. It isn’t just a language baggier either, it’s stupidity. But the weird part is, the gal I described my first week here as a “10” is actually about an 8 and now she’s smarter LOL because she follows instructions. Everything I told her to do, she did flawlessly and now I’m getting oxygen, but man, I’m fucked today.

I called hospice HQ and have spare moisturizer bottles on the way and will train one of these douchebags how to clean them. One of them has minerals built up in it from using it for a month. Yes, using distilled water, but a month of use straight is overuse. IMO anyway. Once everything is bypassed and going straight from machine to my nose, it works.

But man, I’m fucked today. Did I already say that? LOL

I took some pics while using my nebulizer without looking for posting here, because I don’t care how awful I look and where I am. Let’s see ‘em:

That room off to the right with the bright light.

That poor bastard. I think he’s younger than me and may have had a stroke or two, but he walks real slow with a walker and has a catheter all the time. His voice is really fucked up, like he has a lot of trouble just getting a word out.

My gripe with him is, he'll yell "Angel! Angel!" for the attendant (it seems tomonly happen when she's on duty) "I need to tale a bowel movement!" and then the entire end of the house smells like supershit for a few minutes and it goes away real quick. Or I get used to it, whatever. I don’t know why it happens like that, and I hope I don’t live long enough to figure it out either LOL.

Either way, poor guy. It could’ve been an accident, who knows? Count your blessings, folks. You may be poopinz for Angel soon.

Thanks for having this forum here for me to play in. I really mean that. I appreciates it.
Reactions: TuhMollie and fly

Immigrant said:
I took some pics while using my nebulizer without looking for posting here, because I don’t care how awful I look and where I am. Let’s see ‘em:

I'm sitting on the couch in the family room right now.

The view to the right is the front of the house - my hickory bookshelves and lego chest. Outside are the autumn blaze maple (the young tree), a blue spruce (BIG f'n old tree), a Japanese maple (left side), and for some wild-ass reason, an oak sapling in the middle of it all. I think the Spruce is on its way out, so I'm going to keep the oak alive. @AppleTurkey put a bunch of black flamingos with skeletons printed on the side out in the yard for Halloween.

To the left, is the dog, my hickory bench that's got all of @AppleTurkey's school books on it, and a bunch of car posters from shows we've gone to, and drives we've participated in.

Further to the left, is the dining room and kitchen. I have a watercolor of morning glories done by my grandmother, next to a Grand Canyon National Park poster (I keep them together because she HATED the park service, like most Republicans). The china cabinet is made of cherry, but stained very dark. It is quite old, and came (like the water color) from my grandmother's estate after she passed.

Friday I get to go to the cardiologist for my afib. It's been happening periodically, used to be like once every 2 or 3 months, lasts a few hours or overnight, and then reverts to sinus on its own. My cancer doctor said it was as a result of the chemo I took, and that it would probably go away eventually.

It did, for like 3 years, but almost as soon as I took the second dose of COVID vaccine, it started happening again, but worse (longer). So, now that my cancer doc is retired, it's time to go talk to a real heart wrangler.
Last edited: Oct 12, 2021
Reactions: Immigrant