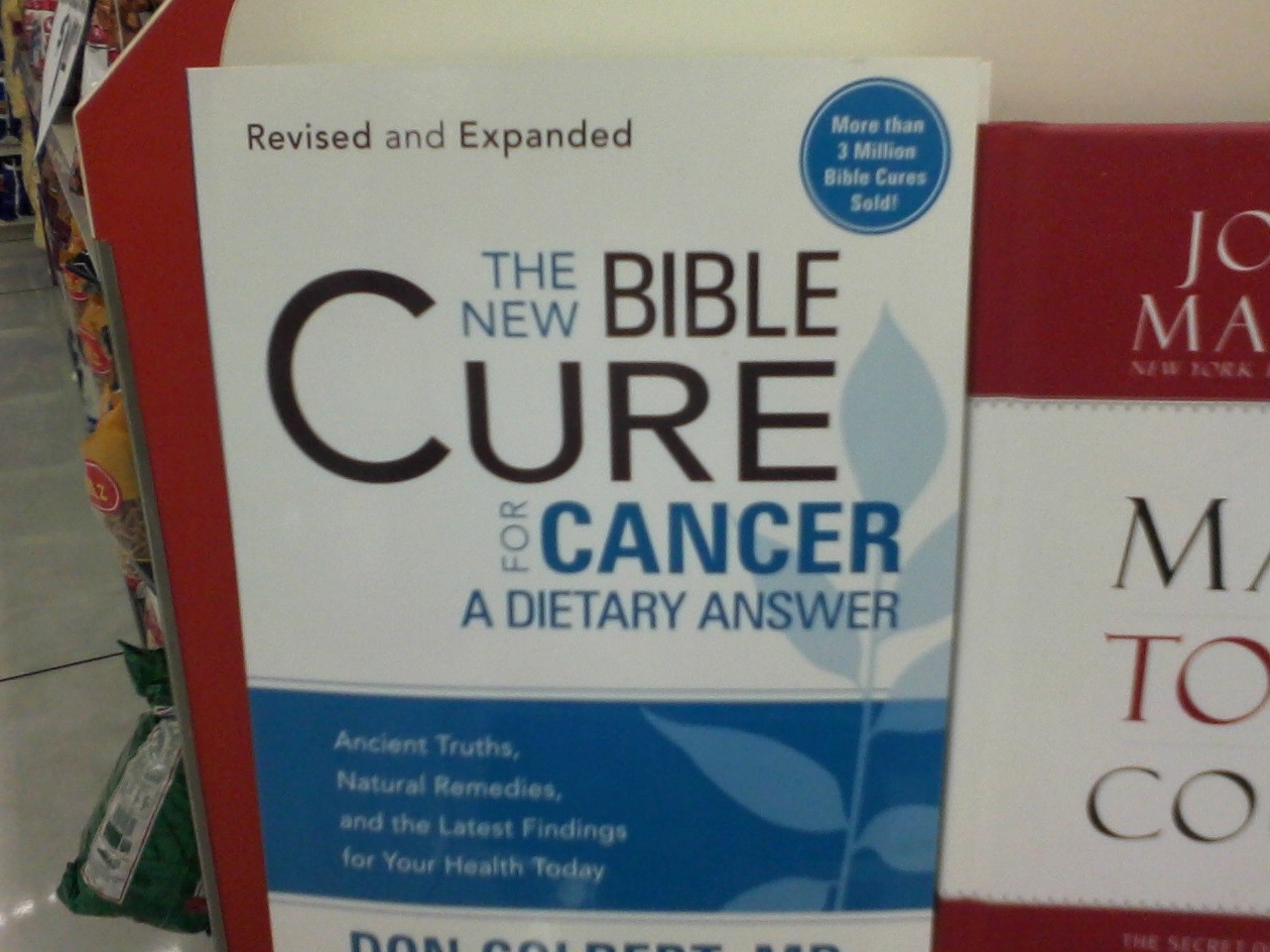 Harold of the Rocks said:
What?
http://i.imgur.com/SRb5O.jpg
Click to expand...


It's just another alternative medicine book.


Where does it cross the lines of legality? 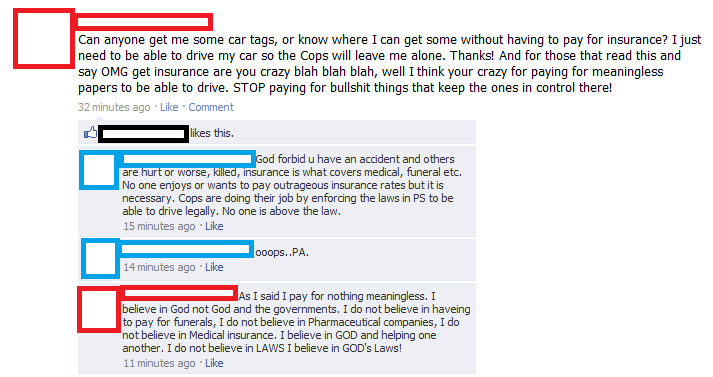 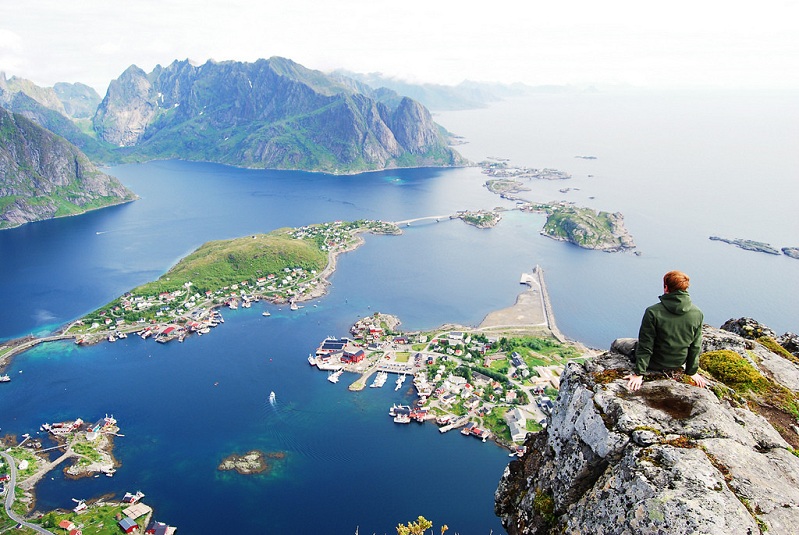 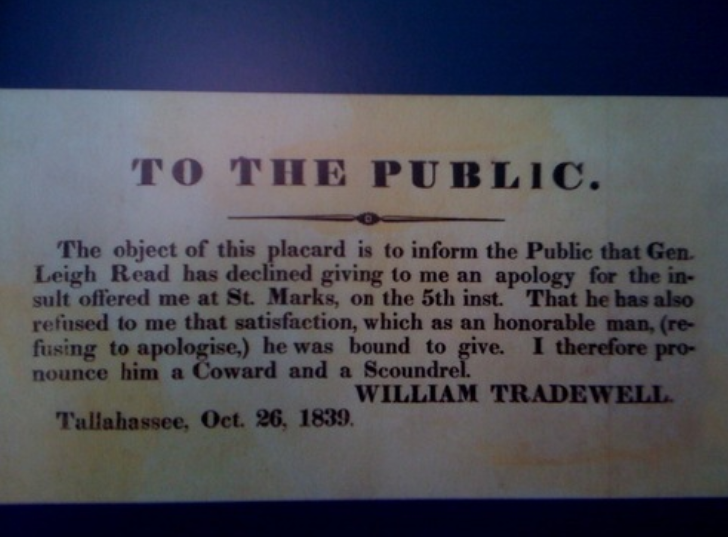 How Reddit Came to the Rescue for a Chandler Couple and Their 5-Year-Old Son
http://blogs.phoenixnewtimes.com/valleyfever/2011/03/how_reddit_came_to_the_rescue.php

On March 12, Chandler resident Volney Douglas went to the Internet with a problem -- someone had stolen a $3,500 device that helps his 5-year-old son Sagan communicate.

The family had just purchased the ALT-Chat device for Sagan, who has cerebral palsy and autism spectrum disorder, before thieves broke into Douglas' truck outside of his Chandler home and stole the device.

That's when Douglas went to the news aggregation and general discussion site reddit.com for help.

He posted that his wife was really upset about the theft of the device, which has no other function but to help users communicate via symbols, and said it was "messed up" that someone had stolen the device from Sagan.

The 'net has a stigma of being overrun by festering trolls (just ask Jessi Slaughter), but the users of reddit just about saved the day for the Douglas family.

"All I want is the device back," Douglas posted on reddit under the username "zasder." "I am not sure what else to do. I checked craigslist and eBay, but I have found nothing yet ... If you see this device show up, please let me know so that I can inform the police."

Reddit-ers did a quick check of the interwebs for the device, but then took their efforts to help a step further.

Douglas said it had taken six months to actually obtain the device for Sagan (yes, he notes, named after Carl Sagan), between saving up the $3,500 and navigating the insurance company, so the users at reddit went straight to the company that Douglas had gotten the device from.

By the time Douglas' wife had phoned the company to see what it could do about a replacement, employees at Saltillo knew all about it.

"They knew our name because of all the people from Reddit," Douglas later posted on the site. "The President of Saltillo, Dave Hershberger, said he had been contacted by dozens of people and that they would be willing to send a replacement until we work everything else out. My wife called, started explaining, and the lady on the phone knew the whole story. It should be here by Friday!!"

Hershberger told the Douglas family that they could hang on to the communicator until the family settled their claim with the insurance company for a new device, but, meanwhile, the advice and help from reddit users kept coming.

Users said a device similar to Sagan's $3,500 communication gizmo was available for the iPad, and other users said they had seen that kids with autism respond well iPads.

A reddit member sent Douglas the iPad software, but the family was still short an iPad.

That is, until a Scottsdale man donated an iPad to the Douglas family on Friday.

This happened after a bunch of folks at reddit tried to get Douglas to call up local media to pick up the story, which he was very hesitant about.

"I know that reddit is a good community and that is why I wanted the advice first," Douglas posts. "I am very conflicted because I do not want this issue to be a bother to people, but I want the device back."

Douglas eventually heeded the advice of the users of reddit, and phoned up The Arizona Republic.

Scottsdale commercial realtor Steven Goldstein saw the Republic article and donated an unwrapped iPad to the family that he'd won in a raffle a few months ago.

"It's no big deal," Goldstein told the Republic.

But it is a big deal -- for the father who had gone from typing a post on the Internet asking for advice to having what could be a functioning replacement because of a bunch of people behind keyboards.

To the surprise of no one, trolls still abound in the Internet -- like the guy who commented that maybe aliens stole the device.

But kudos to reddit for creating some feel-good from the web, especially for something that is way more redeeming than more pictures of "Sad Keanu" or "Scumbag Steve."

On a side note, if you know the person who was low enough to steal this device from Sagan, call the cops. 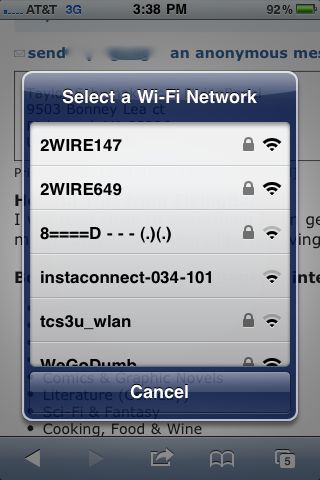 Harold of the Rocks said:
Where does it cross the lines of legality?
Click to expand...


Since when is publishing a book illegal.

Coqui said:
Since when is publishing a book illegal.
Click to expand...


You really think that's what I meant?
C

Harold of the Rocks said:
You really think that's what I meant?
Click to expand...


Probably not, but do you really want me to make assumptions? After all, when the assumption is wrong, you tend to get very defensive.

But this book does say it details old remedies for things. It's not just scripture writings.

Coqui said:
Probably not, but do you really want me to make assumptions? After all, when the assumption is wrong, you tend to get very defensive.

But this book does say it details old remedies for things. It's not just scripture writings.
Click to expand...

That's because you guys always assume I'm saying the most retarded shit. It gets annoying.
B

Harold of the Rocks said:
http://i.imgur.com/GIorQ.jpg
Click to expand...


I think I blew up that town in Just Cause 2 last night.
S


That lo-mien was totally asking for it, oh yeah.
C

Harold of the Rocks said:
That's because you guys always assume I'm saying the most retarded shit. It gets annoying.
Click to expand...


Well I'm assuming your intent was to say that that book simply said prayer would be enough to cure cancer.

When in fact, that book is covering more ancient remedies to certain things or to allay pain, etc. "The New Bible Cure"is the name of the series, not saying they have a cure for the disease.
G

Harold of the Rocks said:
That's because you guys always assume I'm saying the most retarded shit. It gets annoying.
Click to expand...

When you swim in plankton swarms that becomes a real danger.