You can view the page at http://uselessforums.com/content.php?61-jew-yankee-workshop-presents-a-table

Hello useless forums, and welcome to another episode of the Jew Yankee Workshop. As always, I'll be your host Zac Lipshitz. This week we take you on a magical ride around the construction of a coffee table. See, it starts like this...

A while ago, April and I bought a new couch. The last couch was over ten years old. It was some really nice Pottery Barn stuff, but it had seen better times. You mostly just sunk into the cushions. Really fat people had trouble getting out. It was kinda like a sports car, except it was a decade old and full of cat hair. We find a sweet new couch at Rooms To Go. Obviously the quality isn't the best, but it's nice. Except for the fact that it's like really tall. I'm over six foot tall and if I sit all the way back, my feet don't touch the floor. Who cares?

Well it turns out that it's really hard to find a coffee table that is also tall enough for this couch. You end up leaning over way too far to get a drink or eat. Yes, we eat in front of the TV like redneck savages. Suck it Trebek. Knowing this, it was time to crank up the Jew Yankee Workshop.

As mentioned in the forum a while ago, I found an interesting design for a coffee table. It was a little small and not tall enough, but it was a good enough base plan that I could hack it up as needed. So I did. This was it.

I started with some wood. Yep, wood. 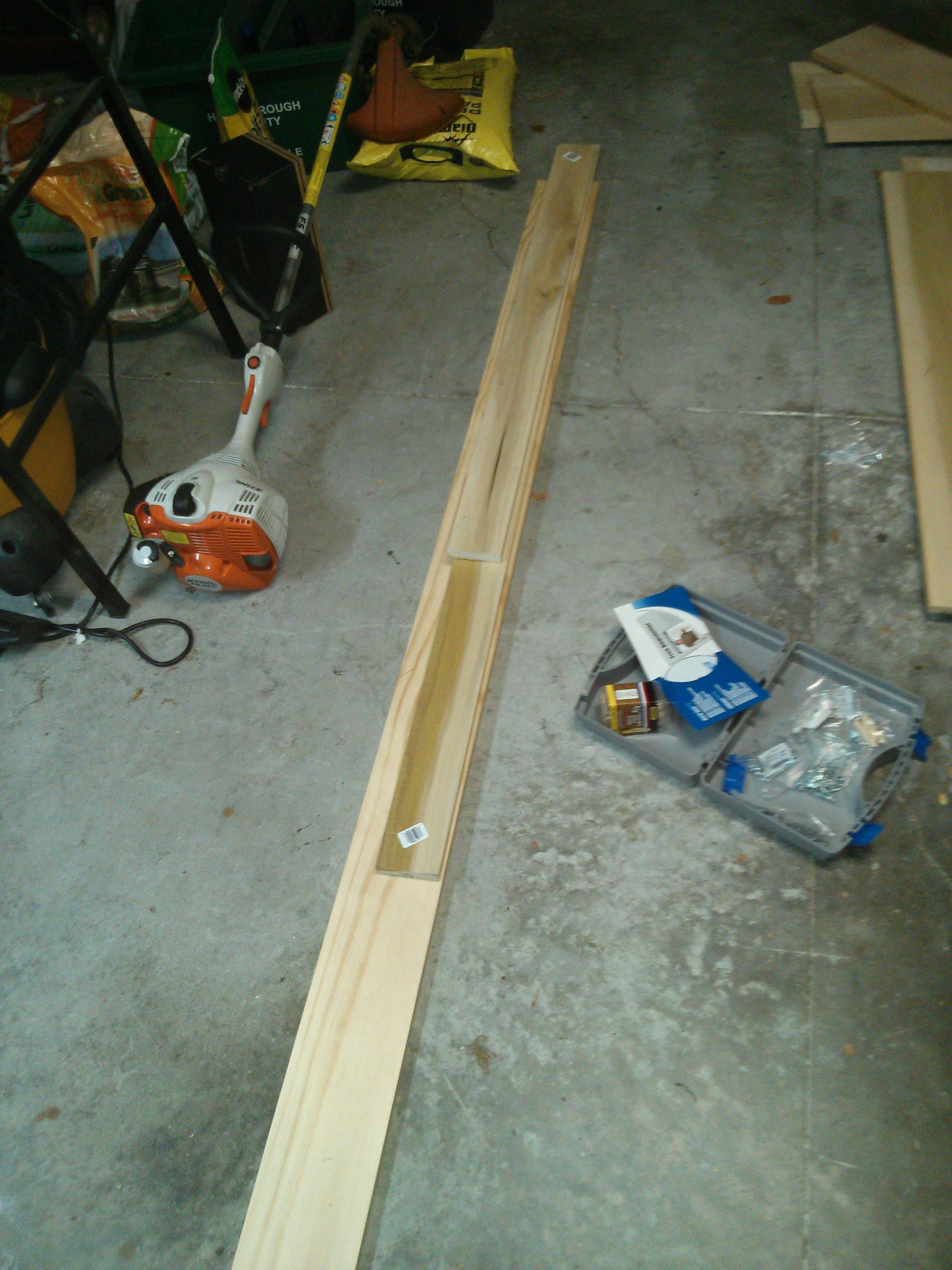 Since the table was wider than I could/would buy a board for, I had to glue three of them together. And then I used pocket screws to join them together. 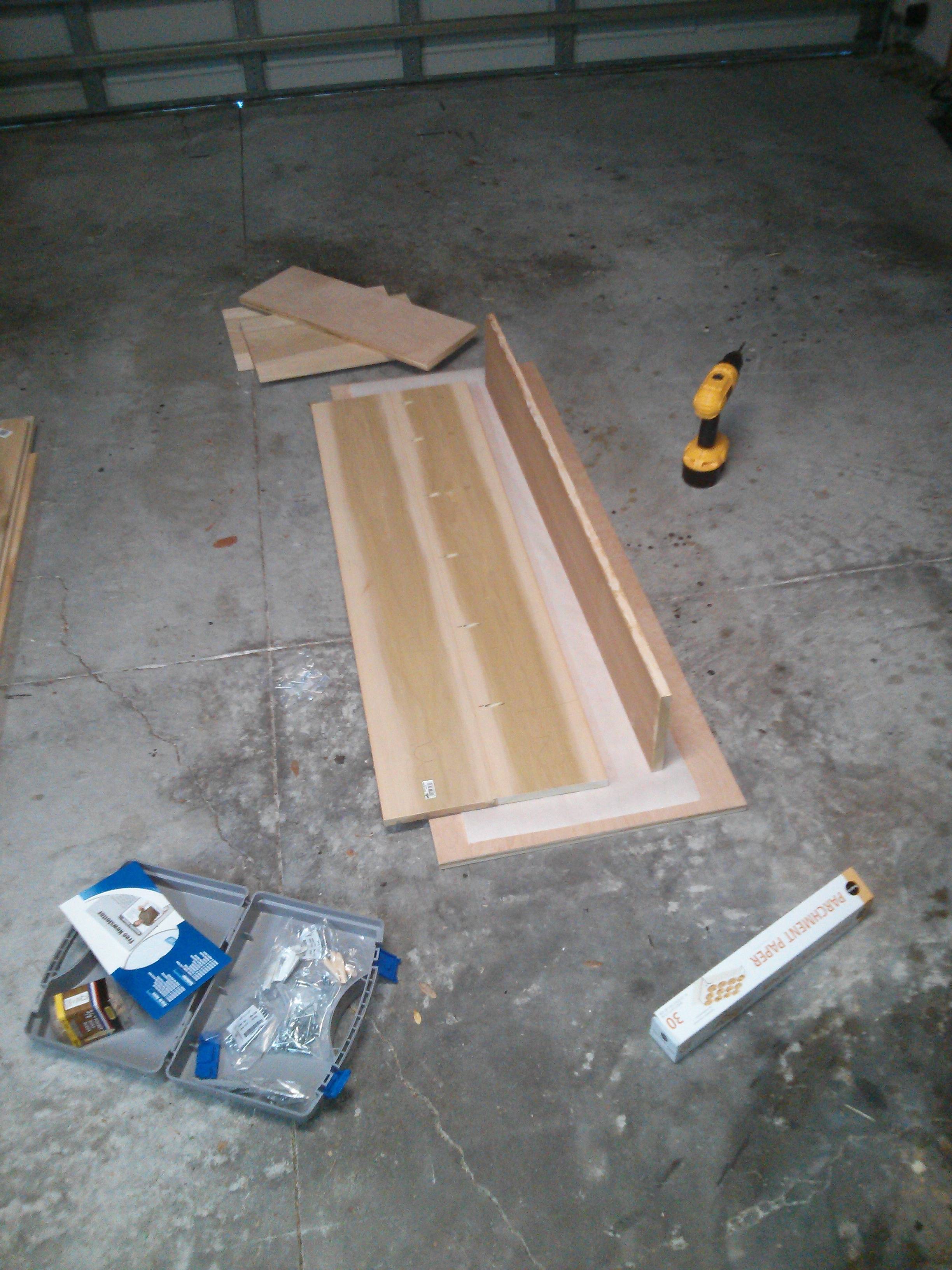 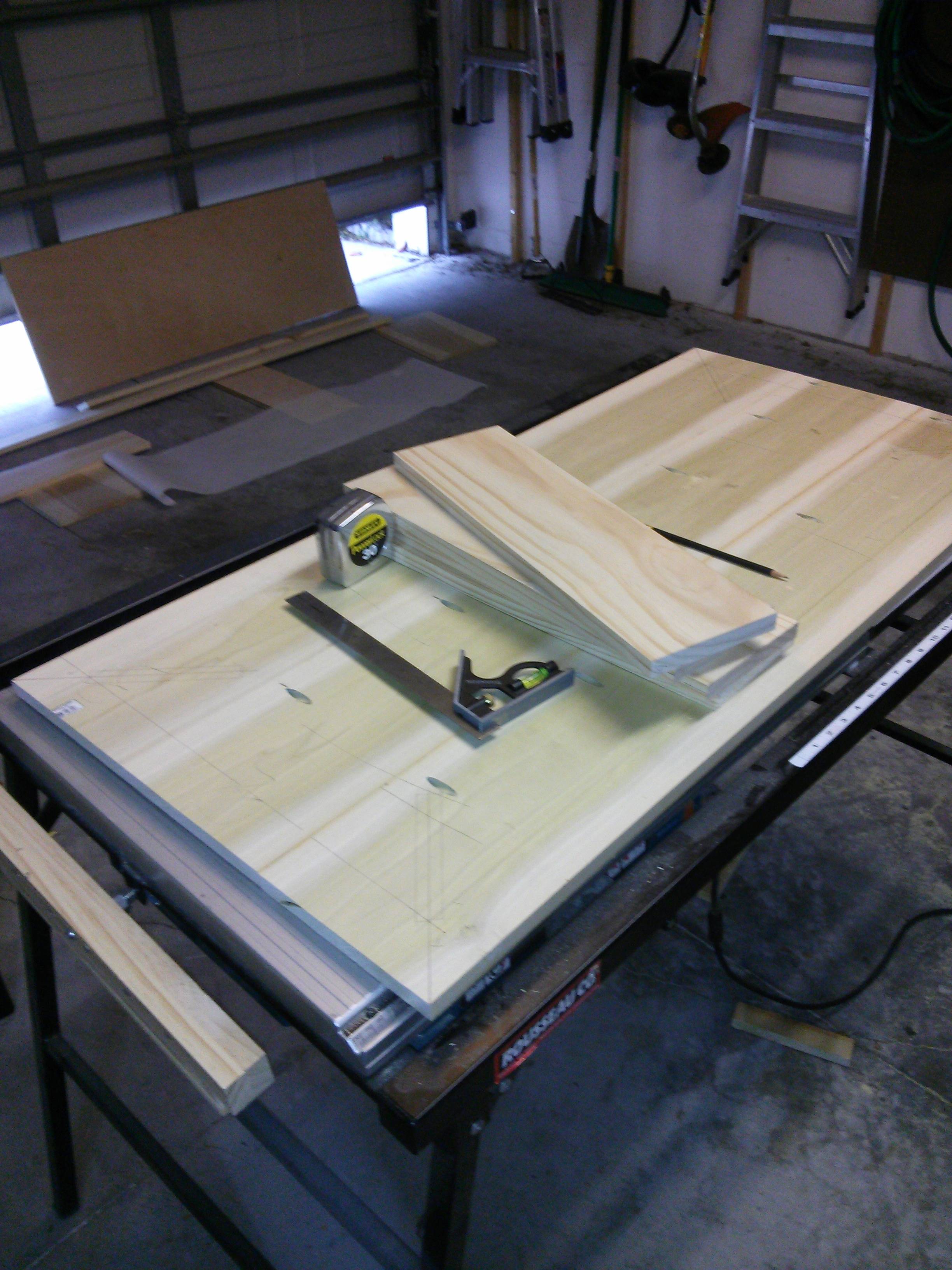 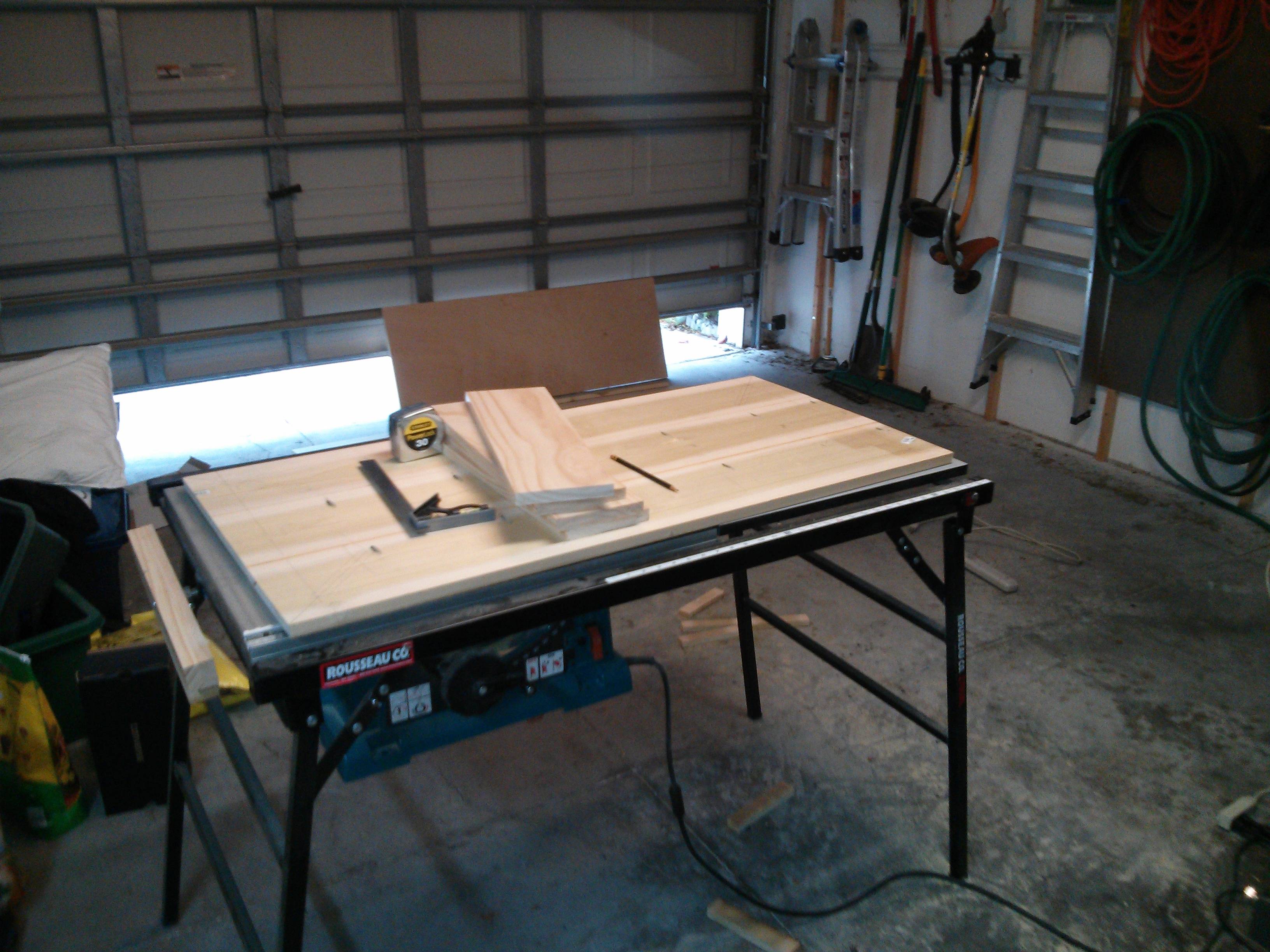 Here you can see that I've assembled the bottom half of the table. It's not actually attached to the table top here, but no one knows that. Except for you. 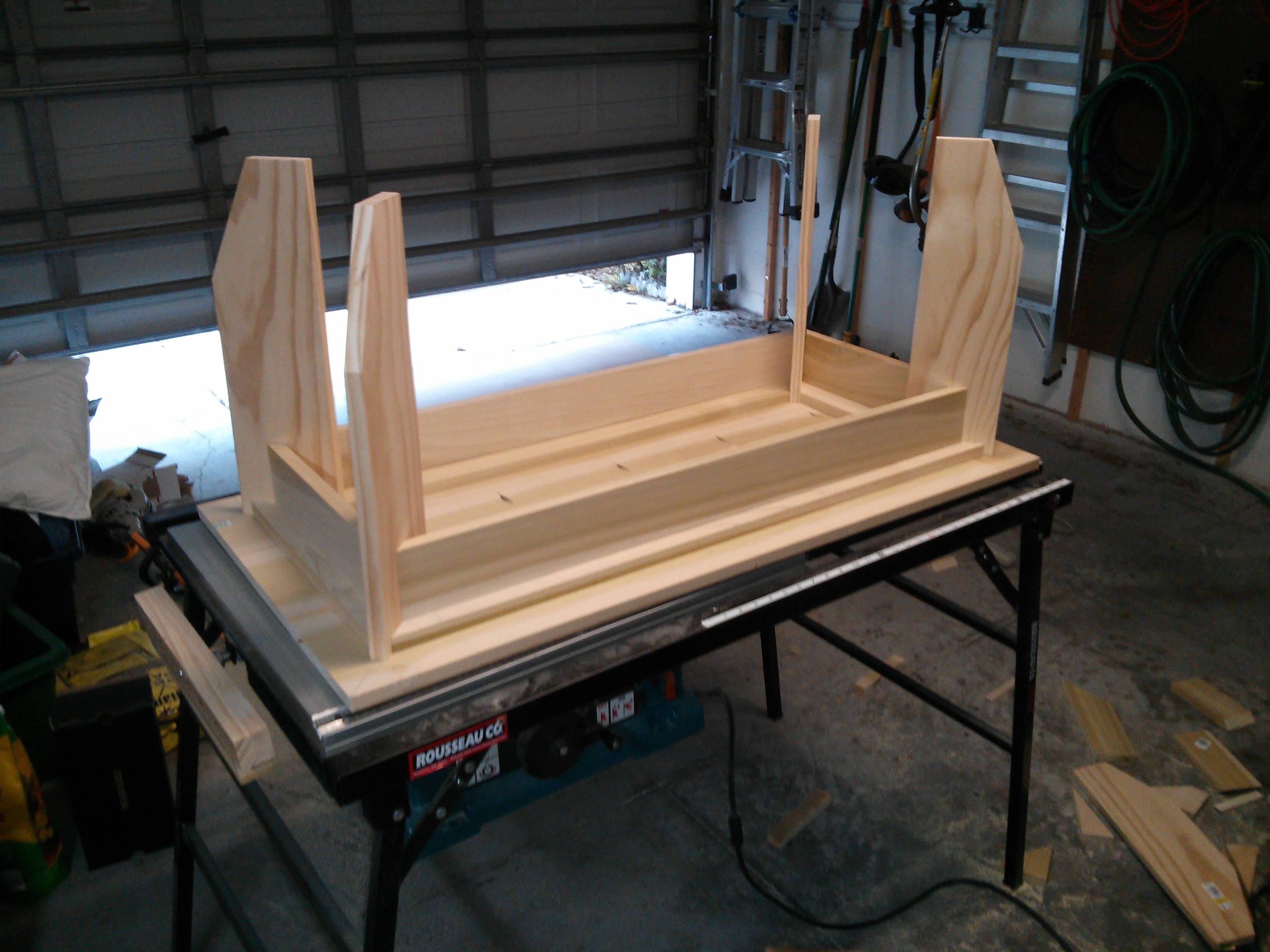 Taken back apart, I decided to stain the wood black to match everything else. 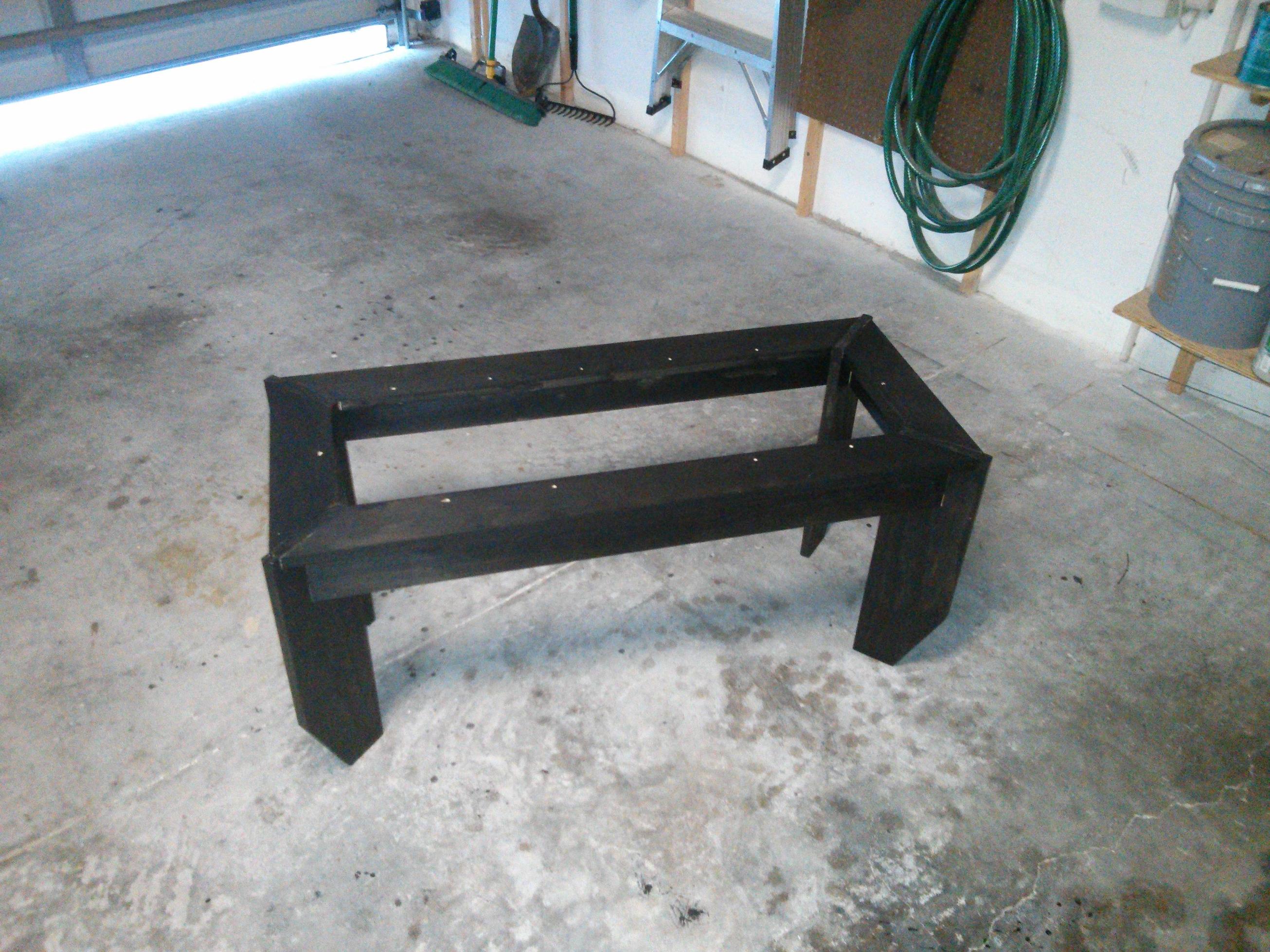 Here's the underside of the top stained. 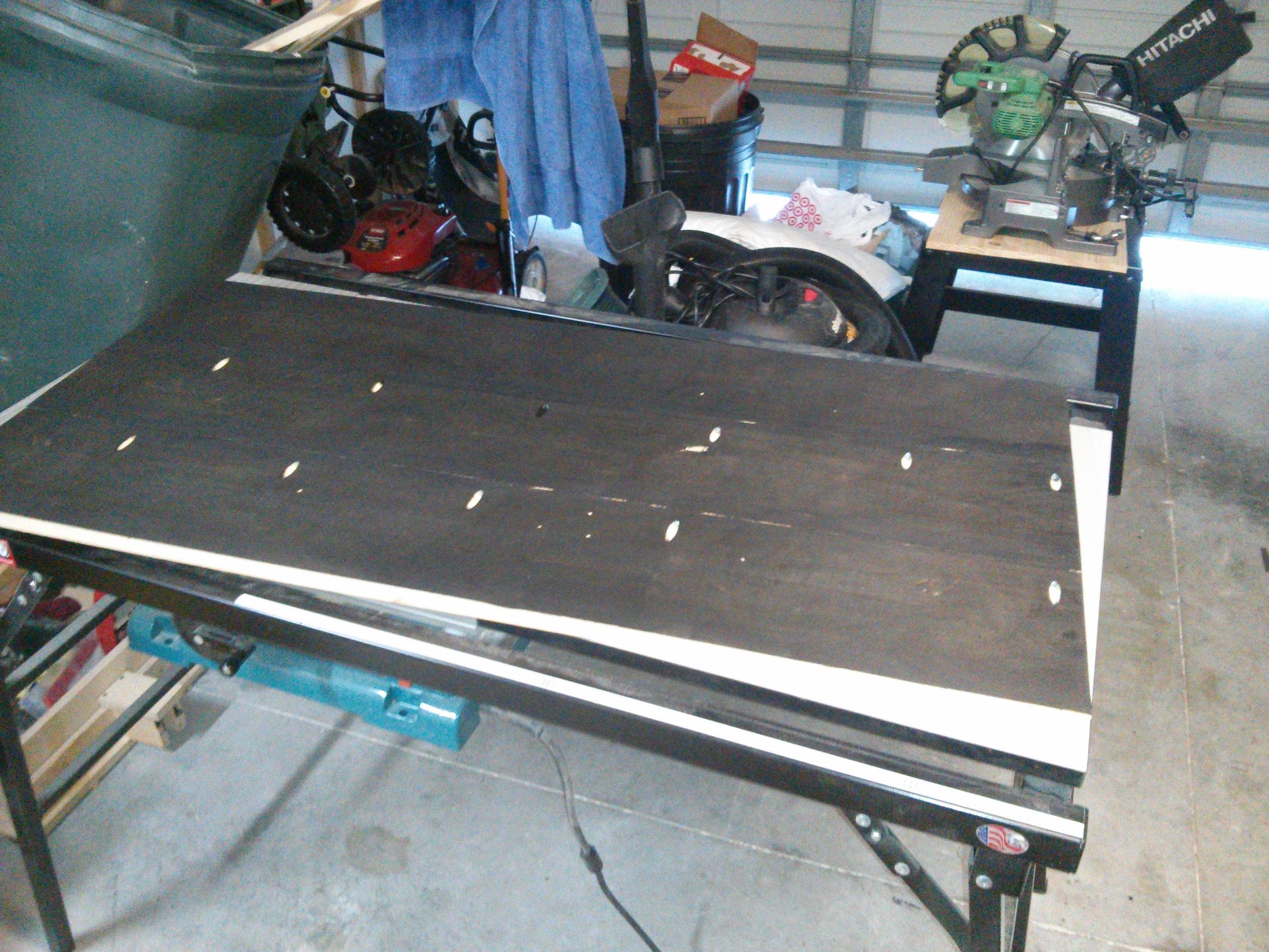 Then came the hard part. I used an expensive wiping stain from Sherwin-Williams. Everything I read said the stain wouldn't come off and that I could also use a wipe-on polyurethane to seal it. Everything I read was right... For the bottom of the table. For whatever reason, applying the wipe-on poly to the top just removed most of the stain. Yes, I know they use the same thinner/spirits/whatever, but its SUPPOSED to be stain. As in, it's forever stained. Turns out that wasn't the case. I tried sanding it back down, letting the stain dry for 24+ hours (even thought it only needed like 20 minutes), and wiping on the poly. Nothing worked out properly.

I finally gave up and bought some brush-on poly. This worked perfectly. Well mostly. As I was taking pictures of the final product, I see that there are some serious drips on the edges. I'll probably take it back out into the garage soon, sand it down, and restain and poly the damn thing. Such is life in the Jew Yankee Workshop.

And finally, the final product. Until I fix it. 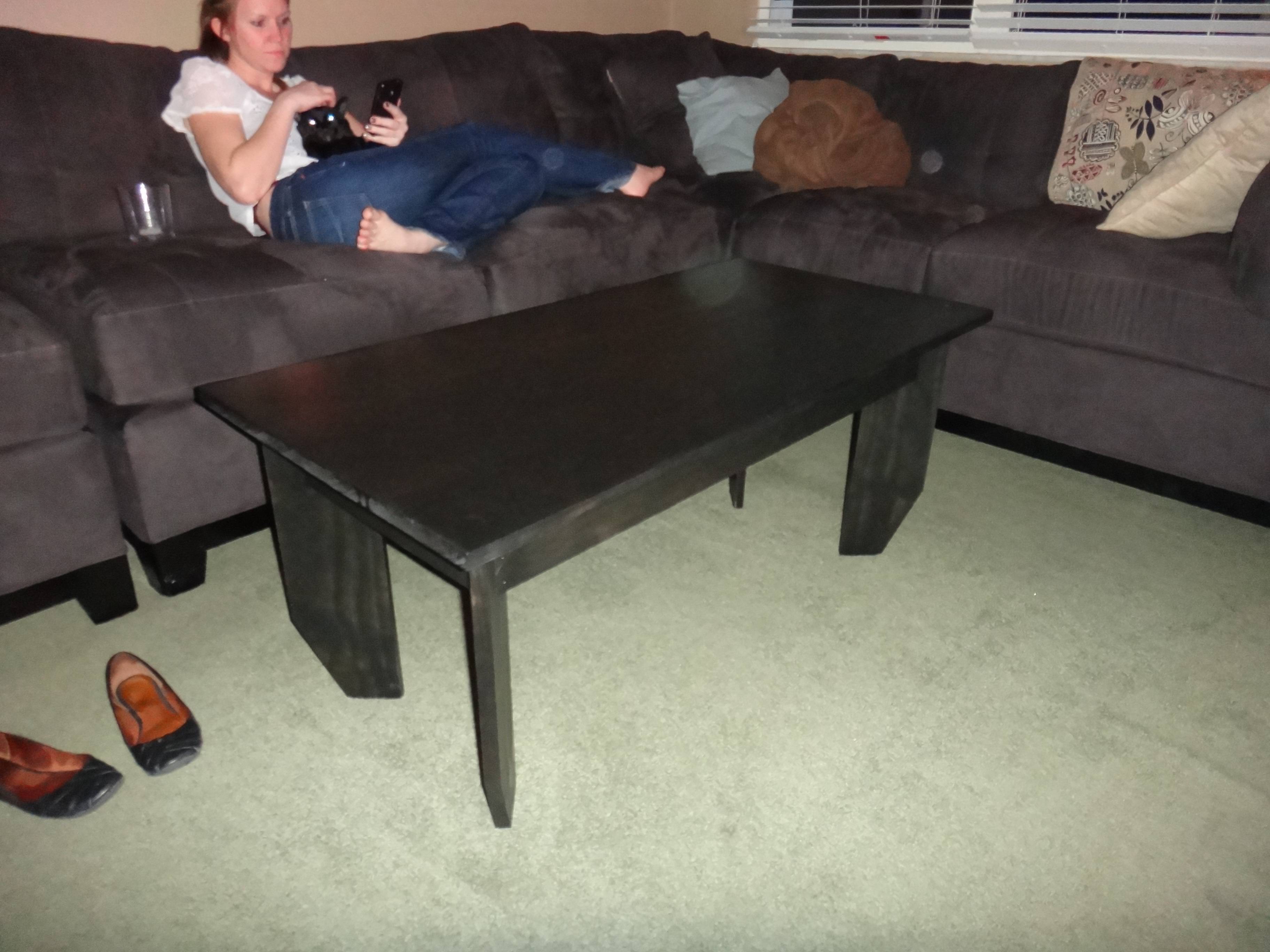 Anyone else done any projects recently???

oooh, you have tools.

I might have to come buy and build some shit in your garage someday.

Any reason with the blackness not to just use paint for more uniformity?

Also, kudos on not using fuckin mdf. Thank you.

Man, if you had taken some glass and beveled it into the opening....

Domon said:
Any reason with the blackness not to just use paint for more uniformity?

Also, kudos on not using fuckin mdf. Thank you.
Click to expand...

I like the idea of seeing the wood grain. Otherwise I would just use MDF.

Man, if you had taken some glass and beveled it into the opening....
Click to expand...

Man, if you had taken some glass and beveled it into the opening....
Click to expand...

Thatd be an interesting look, good idea. Would fit the black "modern" design.

Simple rabbet around the edges (would have to do it preassembly to get square corners, or chisel em out by hand. Drop in a piece of nice glass, etc.

Howd you attach the top @fly ? Screws from underneath? Also, nice joinery on the triple board glue up up top, grain matched and all.
Last edited by a moderator: Jun 27, 2014

MDF has its places/uses just like any other material

Fine, whatever. A nice piece of stone, then...

Domon said:
Howd you attach the top @fly ? Screws from underneath? Also, nice joinery on the triple board glue up up top, grain matched and all.
Click to expand...

Yeah, screws. You can see the extra wide holes I put in the base there to allow the top to expand/contract a little.
Last edited: Jun 27, 2014

I just dont like its structural integrity. It doesnt last, no matter the application. Doesnt even have to be stressed, it decays with age all on its own.

Did you route those yourself? They seriously look just like the pre-made ones from the big box stores. Also, super-uniform paint coat from the pic april posted, sprayer?

if you did route em yourself, i hope to hell you wore a 3m respirator. MDF dust will fuck you up.

Nice build, scooter. I look forward to putting my grubby feets on it

Domon said:
Did you route those yourself? They seriously look just like the pre-made ones from the big box stores. Also, super-uniform paint coat from the pic april posted, sprayer?
Click to expand...

He did and I hand painted with a brush and roller.

Domon said:
if you did route em yourself, i hope to hell you wore a 3m respirator. MDF dust will fuck you up.
Click to expand...

No, I just put some pantyhose over my head

They should post the work they did on their closet. These two could probably do their own HGTV show.

And since they have a bit of photogenic to them, people would watch.