Its cold, its rainy, a good stew is just what everyone needs to warm them up. 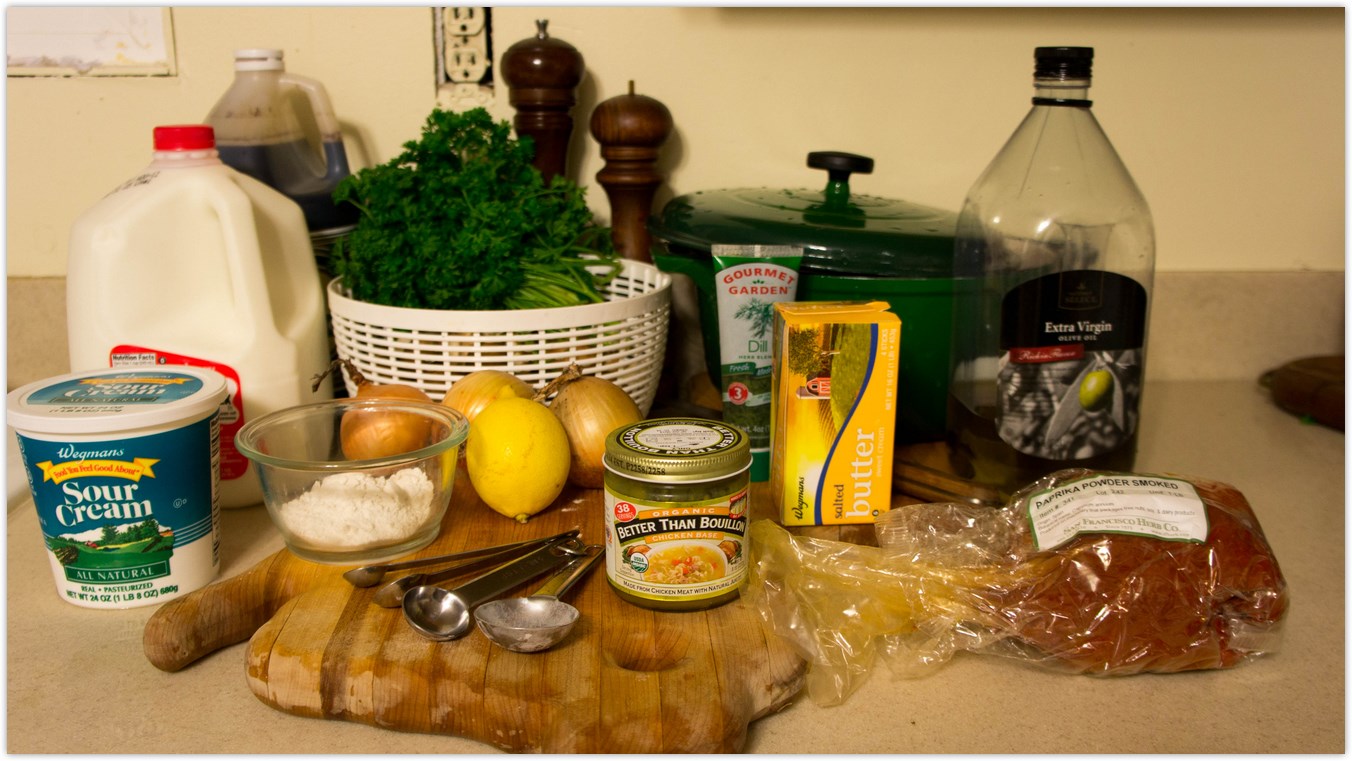 Chop chop chop. Chop everything thick, especially the mushrooms. Mushrooms are the meat of the vegetable kingdom, none of that fancy pansy french fine mincing stuff. This is Hungarian. The food of Keyser Soze. Large Chops for a large appetite. 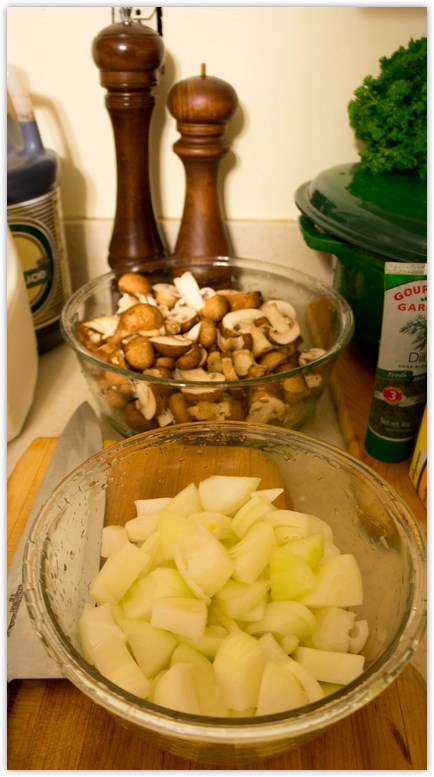 Saute those onions up nice in a dutch oven until they sweat. Not too high heat or theyll taste acrid. 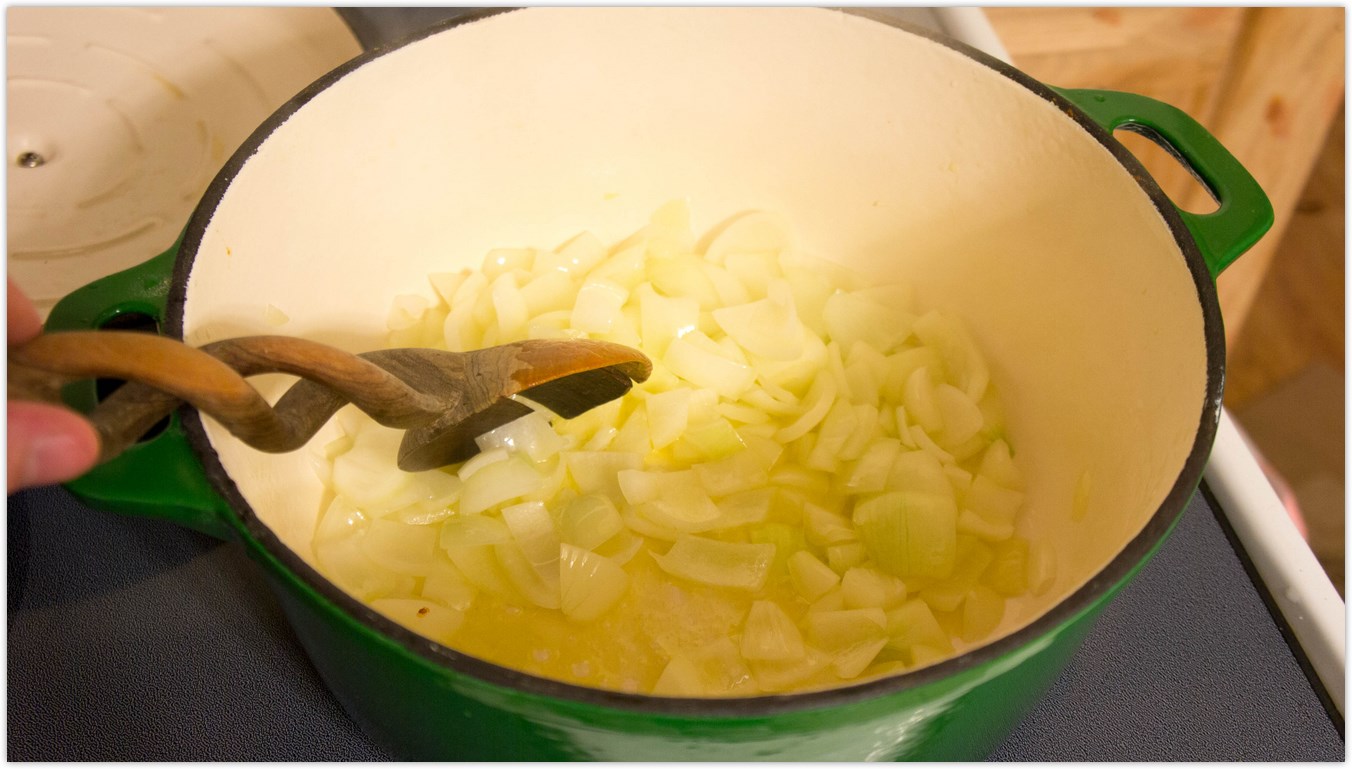 Once thats done, add the mushrooms, and a mix of 1/2-3/4s of a cup of broth mixed with the dill, the paprika, and the soy sauce 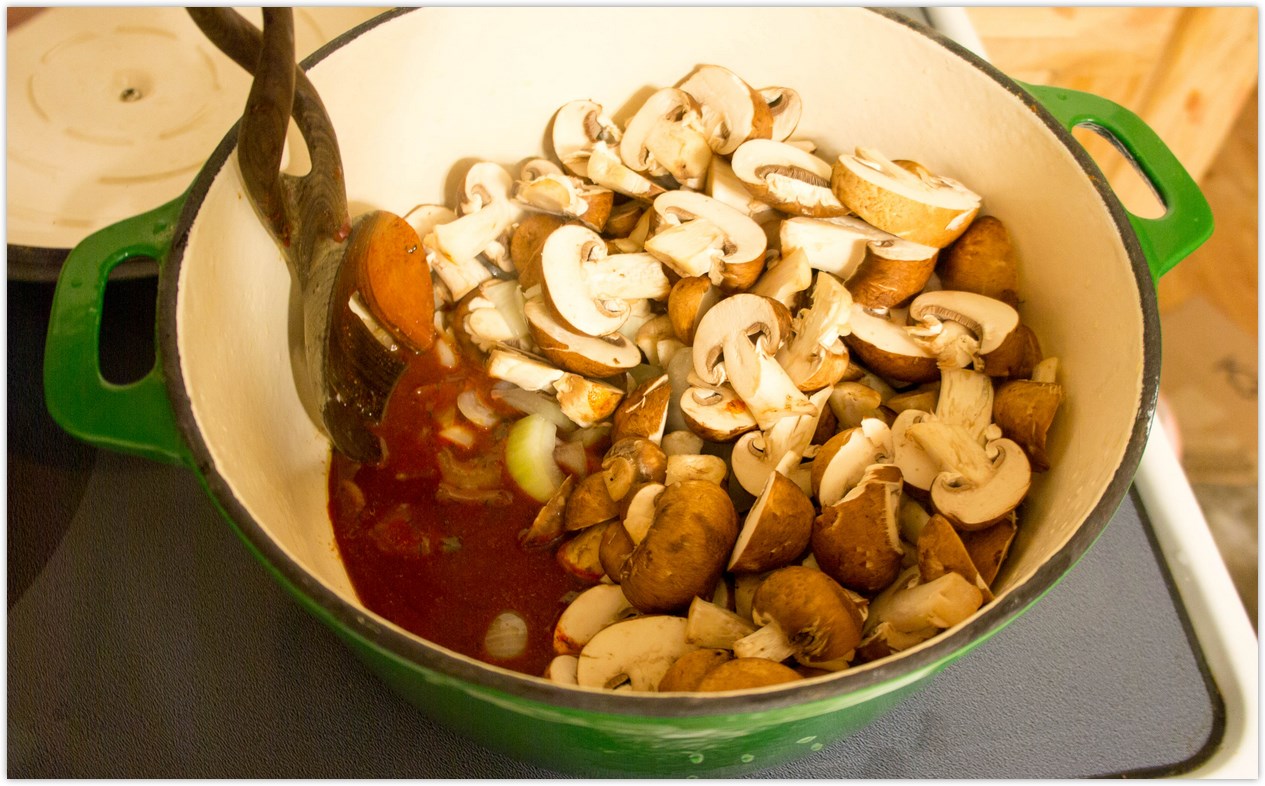 
Put the lid on, and cook for 15 minutes. Take a peek and smell the deliciousness wafting out if you must. Do it. 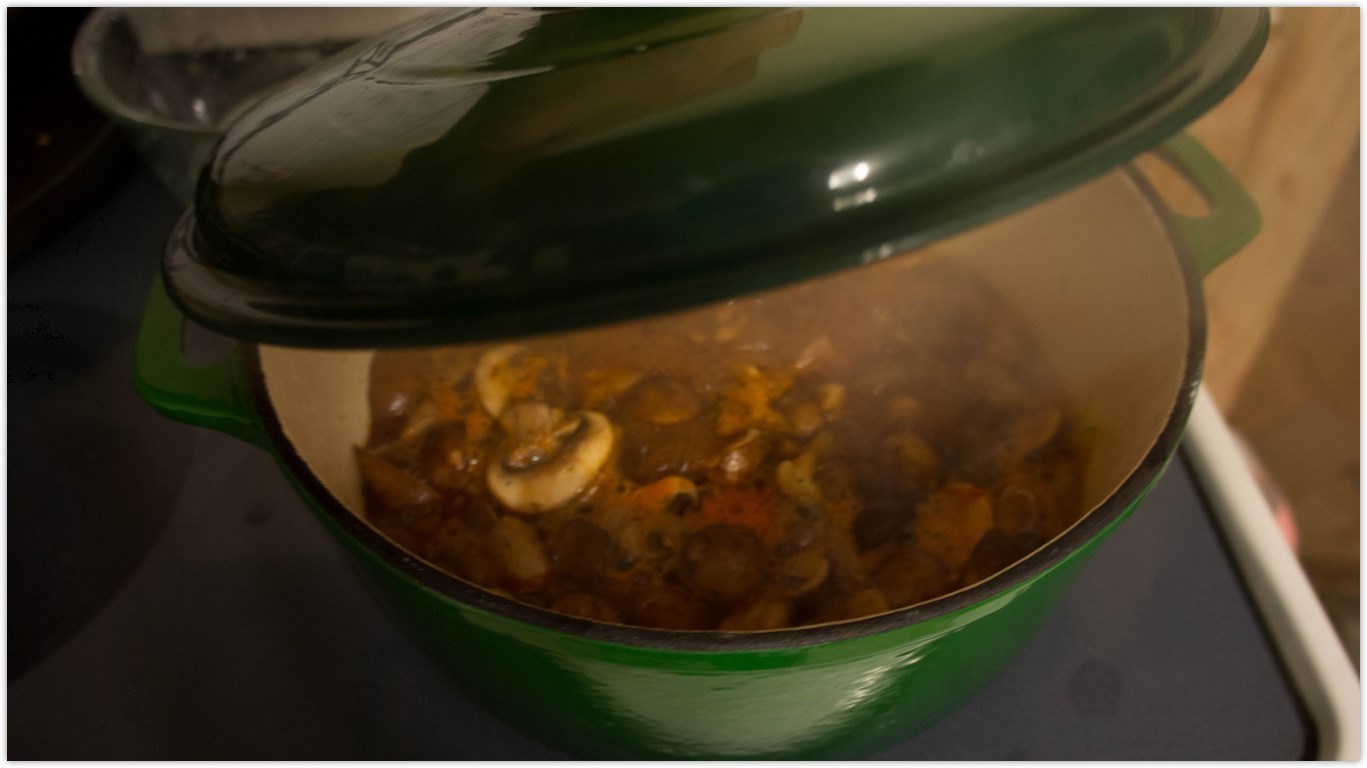 After the 15 minutes is up, move it to a different pan, pyrex works nice. Hold it there for a bit

put 2-4 tablespoons of butter, melt it up good in your dutch oven. I needed 4 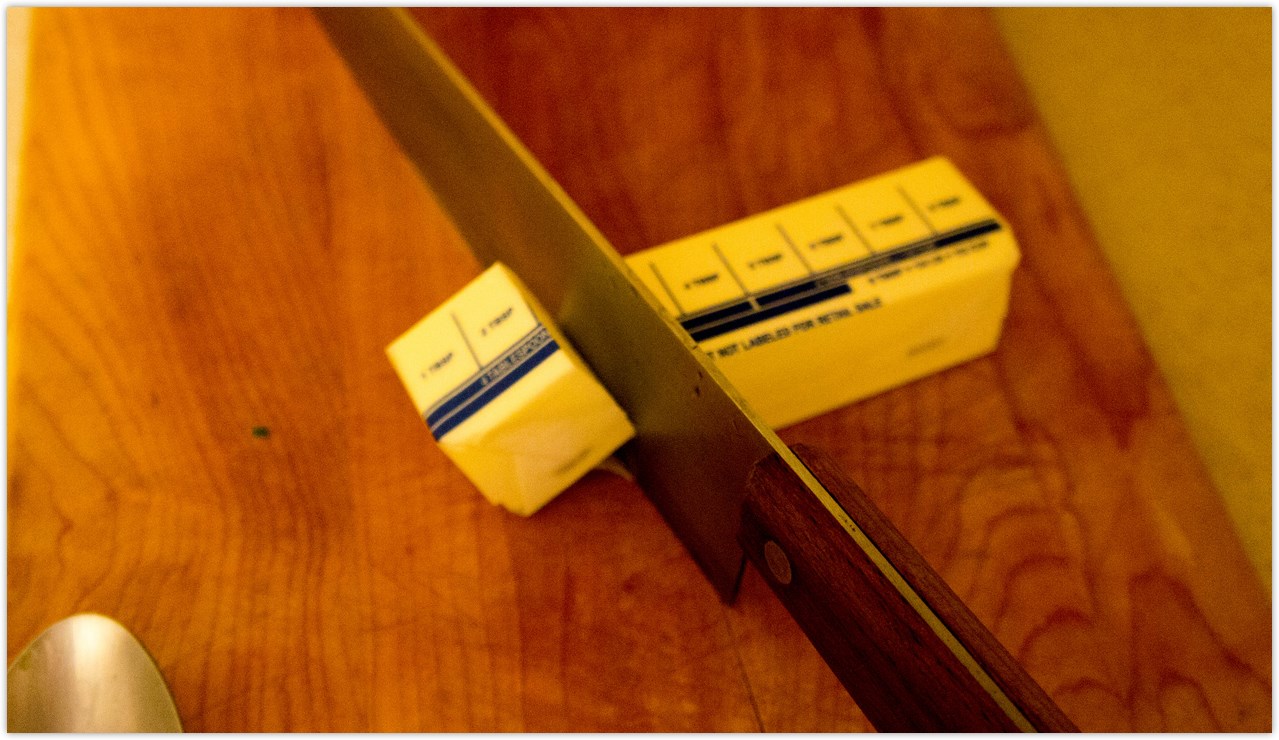 Mix the flour in, make a nice roux and then put the milk in 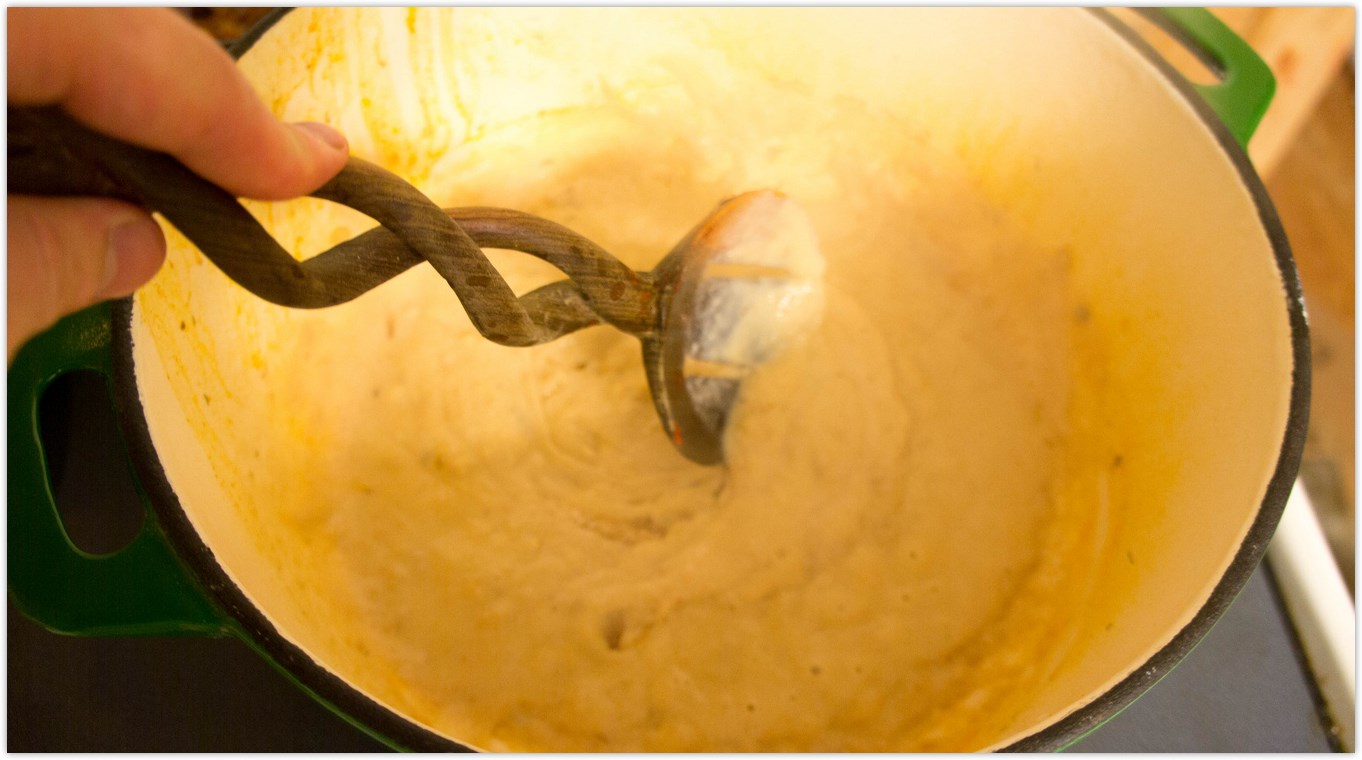 This is a critical step, and the roux sets up superfast, be careful.

Mix your removed stew back in, stir it up until it thickens a bit, then slap that lid back on for another 15 minutes after you've added the rest of the broth 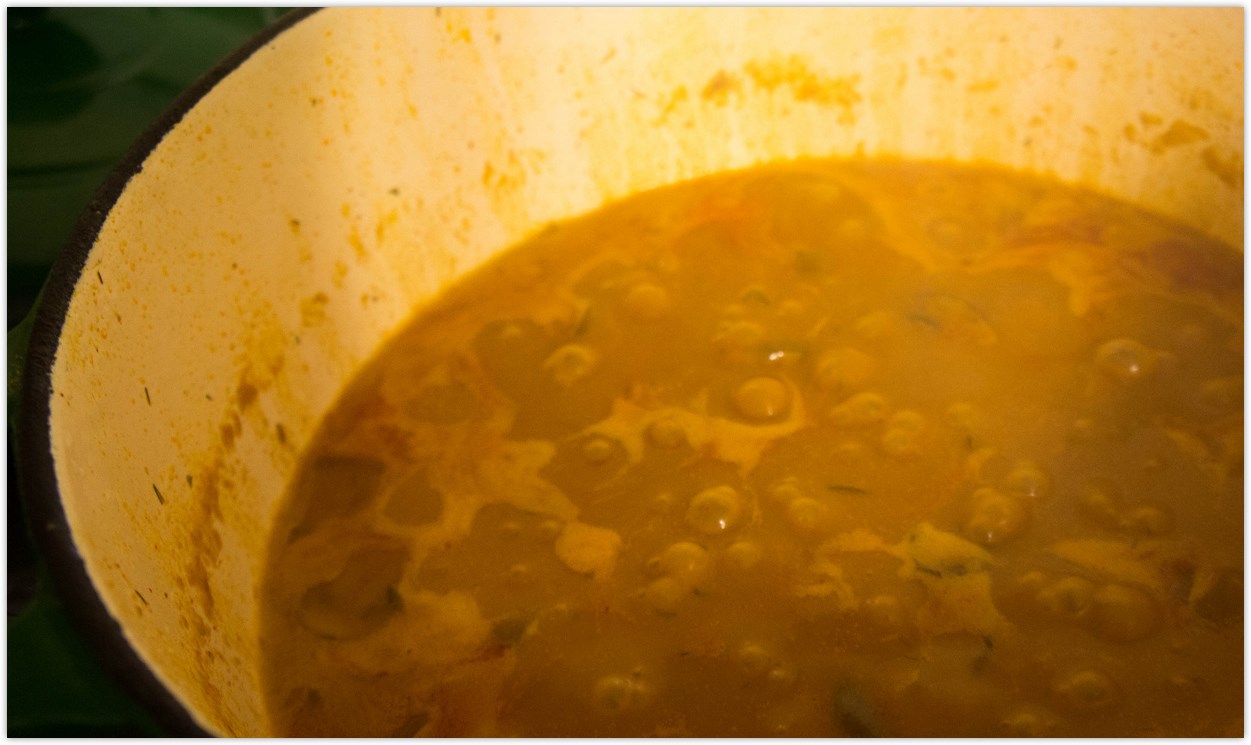 If you did it right, it will be thick enough to stick to the spoon and nice and creamy

And it will result in this: 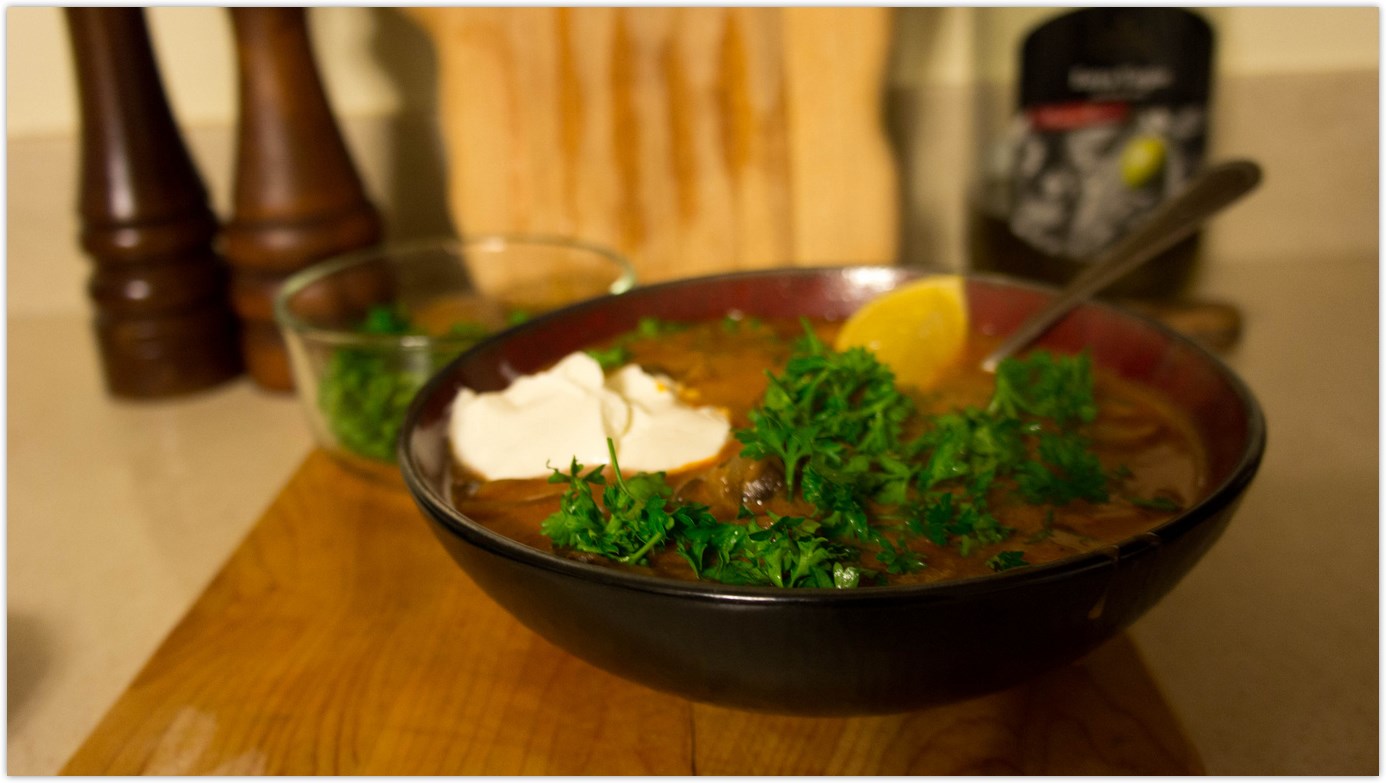 Garnish with parsley, squeeze two slices of lemon (or more) across the top of it, and give it a good dollop of sour cream.

You've got hungarian mushroom soup. Very creamy, very hearty (assuming you arent a french namby pamby and sliced your mushrooms thin (seriously. dont do that)), and delicious on a cold fall day after a hurricane.
C

mushrooms. I bet that would go good with a nice rye bread to dip.
S

I love stews. But I've never had mushrooms. hmmmmm.

Can you equate its flavor notes to anything?

honestly, not quite like anything else ive ever had

I love stews. But I've never had mushrooms. hmmmmm.

Can you equate its flavor notes to anything?
Click to expand...

well, if you do have mushrooms, no white ones. They suck and dont taste like anything. Cremini or portabello or any of the brown varieties.

OMG, that looks sooo good! I meant to get to the store tonight to get ingredients for a beef stew & chili. But, trick or treating and sex ran too late, so I was too dead. I must try this recipe, though - onions, because barf.

I haven't gotten into mushrooms yet. The texture still freaks me out.

Sooooo is this a tshirt thread?

Omg this looks soooo good!!!!!! I'm a lil concerned about the amount of butter but this def something I'm going to try! Thanks for sharing!

Ps: I'm loving these recipes we are sharing! Keep them coming people!!

Pics aren't loading, so I will nitpick. You know that when you saute you are doing a different process tgan sweating, right?
C

APRIL said:
I haven't gotten into mushrooms yet. The texture still freaks me out.

Sooooo is this a tshirt thread?
Click to expand...

Mushrooms are amazing. Try them.

As do I! Thanks man! Looks delicious. I wish I could get Ape to eat mushrooms, as they are delicious.

BTW, is that the Tramontina enameled cast iron pot or is it an actual Le Creuset?
C

That's not a LeCreuset

CletusJones said:
That's not a LeCreuset
Click to expand...

Yeah, I think its the Tramontina that got top billing from Cooks Illustrated.
C

fly said:
Yeah, I think its the Tramontina that got top billing from Cooks Illustrated.
Click to expand...

It got the top billing for non-LeCreuset. The French succeed at cookware.

CletusJones said:
That's not a LeCreuset
Click to expand...

nope, plain old target brand. But it weighs enough to brain an elephant with and is quite an excellent pan

CletusJones said:
It got the top billing for non-LeCreuset. The French succeed at cookware.
Click to expand...

It tied with Le Creuset. They both got 3 stars across the board.
C

fly said:
It tied with Le Creuset. They both got 3 stars across the board.
Click to expand...

Didn't know that. I would give it a try if I was going to do it again. I'm set though, been collecting cookware a piece at a time for years. I'm a brand name cookware whore

Domon said:
nope, plain old target brand. But it weighs enough to brain an elephant with and is quite an excellent pan
Click to expand...

Yeah, Im pretty sure its the Tramontina. Very nice dutch oven. Been meaning to pick one up. How'd you make all this with no power?
You must log in or register to reply here.
Share:
Share
Top Bottom